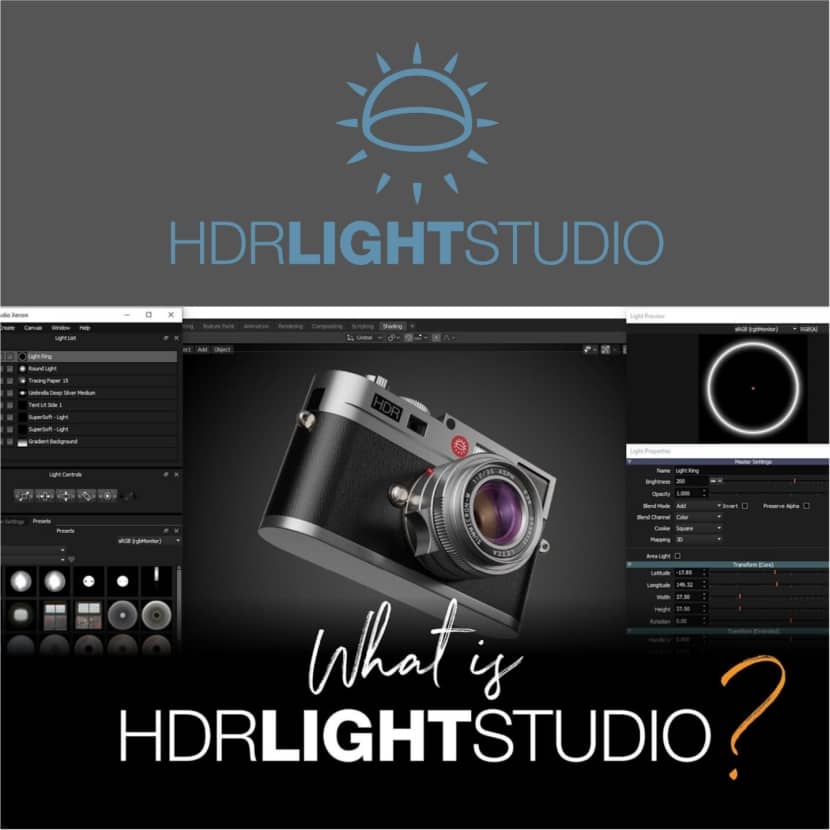 The HDRIs were created with HDR Light Studio, Lightmap’s lighting design software, and are available alongside six of the area light maps available inside the application.

Lightmap’s free HDRIs are intended for portfolio renders and product visualization, and mimic real studio lighting set-ups, including both the illumination created and the reflections of light sources and reflectors.

The files are provided as 3,000 x 1,500px EXRs and can be used as environment lights in DCC applications, including 3ds Max, Blender, Cinema 4D, Maya, and game engines.

The maps were created in HDR Light Studio, which enables users to design their own synthetic HDRIs or edit existing HDRIs: the download also includes the HDR Light Studio project file.

Lightmap has also made six of the area light maps provided inside HDR Light Studio available to download.

The maps, provided as 1,200 x 1,200px EXR files, mimic real light sources, from studio lights to windows, and can be applied to area lights inside DCC software to create realistic light reflections on rendered objects.

The files are free, licensed for commercial use, and can be downloaded without registering on Lightmap’s website.

HDR Light Studio is available for Windows 7+, macOS 10.13+, and various Linux distros. Connection plugins are available for a range of DCC and CAD tools. Rental starts at $220/year.

We believe that this awesome set of free HDRI maps will make your renders come to life! Try it now and render it on your favorite render farm!

To find out more about Lightmap and HDR Light Studio, be sure to check the video below!

Lightmap is a software development company based in the UK. It is famous for its widely known and appreciated tool named HDR Light Studio which is used for real-time studio lighting applications.