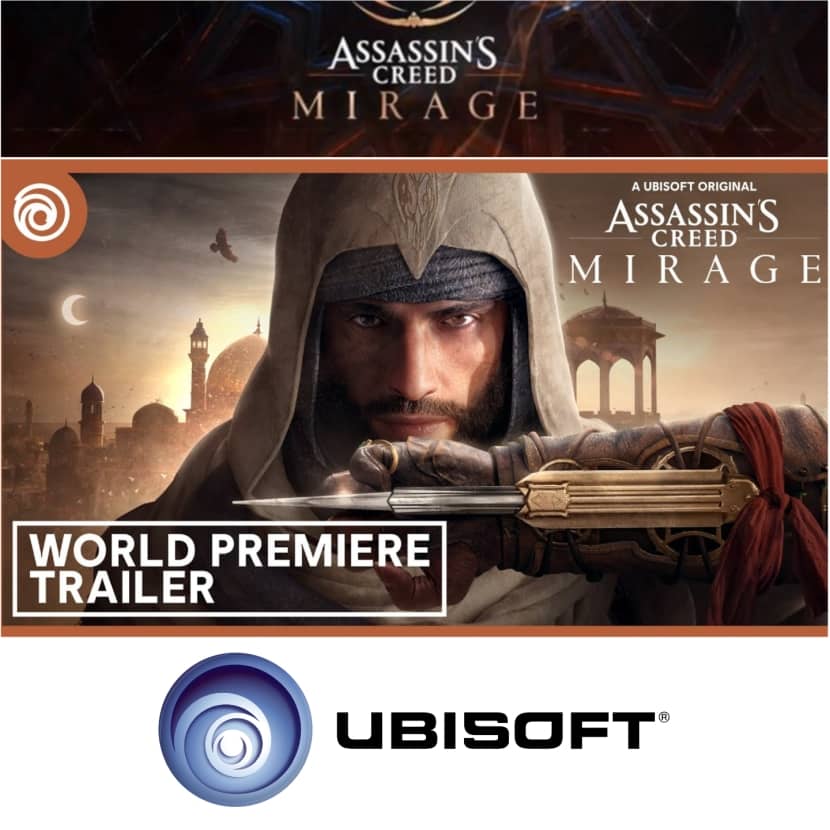 In the ninth century CE, Baghdad is at its height, leading the world in science, art, innovation, and commerce. Amid its bustling urban landscape, a conflicted young orphan with a tragic past must navigate the streets to survive. Experience the story of Basim in Assassin's Creed® Mirage.

About Assassin's Creed® Mirage: In Assassin's Creed® Mirage, you are Basim, a cunning street thief with nightmarish visions, seeking answers and justice. After an act of deadly retribution, Basim flees Baghdad and joins an ancient organization – The Hidden Ones. As he learns their mysterious rituals and powerful tenets, he will hone his unique abilities, discover his true nature, and come to understand a new Creed – one that will change his fate in ways he never could have imagined.

Ubisoft is a creator of worlds, committed to enriching players’ lives with original and memorable entertainment experiences. Through Ubisoft Connect, players can enjoy an ecosystem of services to enhance their gaming experience, get rewards and connect with friends across platforms. With Ubisoft+, the subscription service, they can access a growing catalog of more than 100 Ubisoft games and DLC.