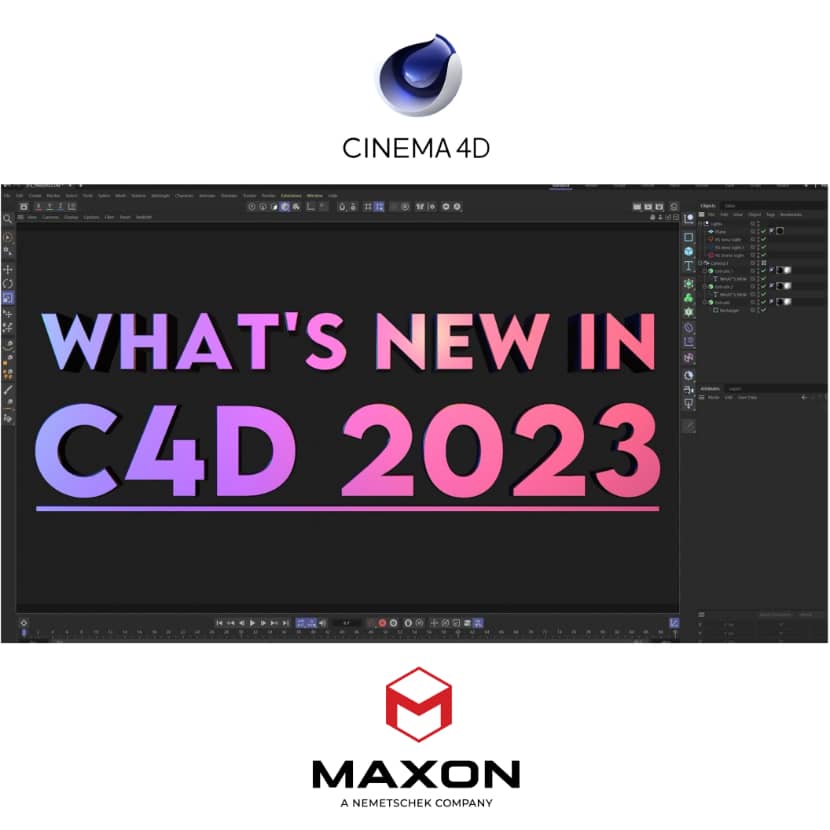 Maxon has released Cinema 4D 2023, the latest version of its 3D design and animation software.

The update adds a new global symmetry system for modeling, support for soft bodies within Cinema 4D’s unified simulation framework, and native support for OpenColorIO; and improves the GoZ bridge to ZBrush.

Maxon has also ended perpetual licenses for new versions of the software, meaning that the update is only available to users with subscriptions, either to Cinema 4D itself or to the Maxon One product bundle.

You can find a full list of changes here.

Maxon is a developer of professional 3D modeling, painting, animation, and rendering software. In January 2020, Maxon and Red Giant closed a merger of the two companies. Cinema 4D, Redshift 3D, and Red Giant products help you create and render everything from stunning visual effects in top feature films, TV shows, and commercials, to cutting-edge game cinematics for AAA games, as well as for medical illustration, and architectural and industrial design applications. Maxon products are available directly from the website and its worldwide distribution network.