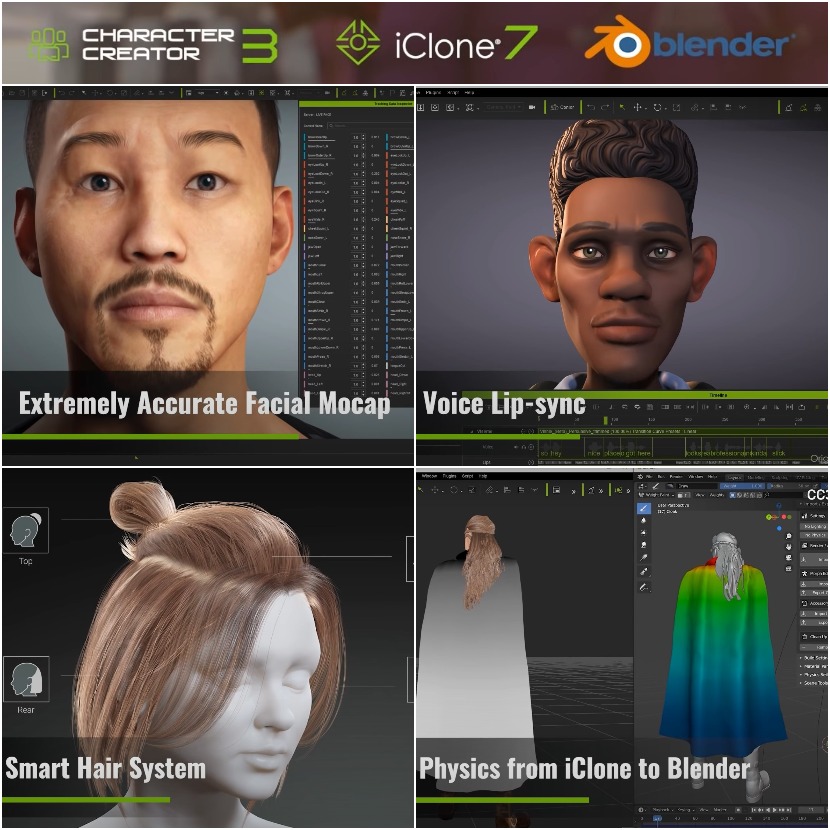 Reallusion has joined the Blender development fund and their goal is to grow the Blender project and achieve the following:

Many known companies have already funded Blender such as (Adobe, Apple, AWS, Facebook, Microsoft, AMD, Unity, and many more). In early 2021, Reallusion has shown its support to Blender by streaming an easy and simple workflow pipeline between Character Creator and Blender.

Enjoy watching this demo workflow and learn how character creating and animation have never been so easy and smooth.

Some of the features they introduced are:

Enjoy watching this cinematic film project (Heroes of Bronze) done in blender by Martin Klekner who is a freelance director and CG artist from Prague, Czech Republic.

Reallusion Inc. is a 2D and 3D animation software and content developer, which is based in Silicon Valley. It has R&D centers in Germany Japan and Taiwan, specialized in developing Realtime cinematic animation, virtual production, and motion capture tools.