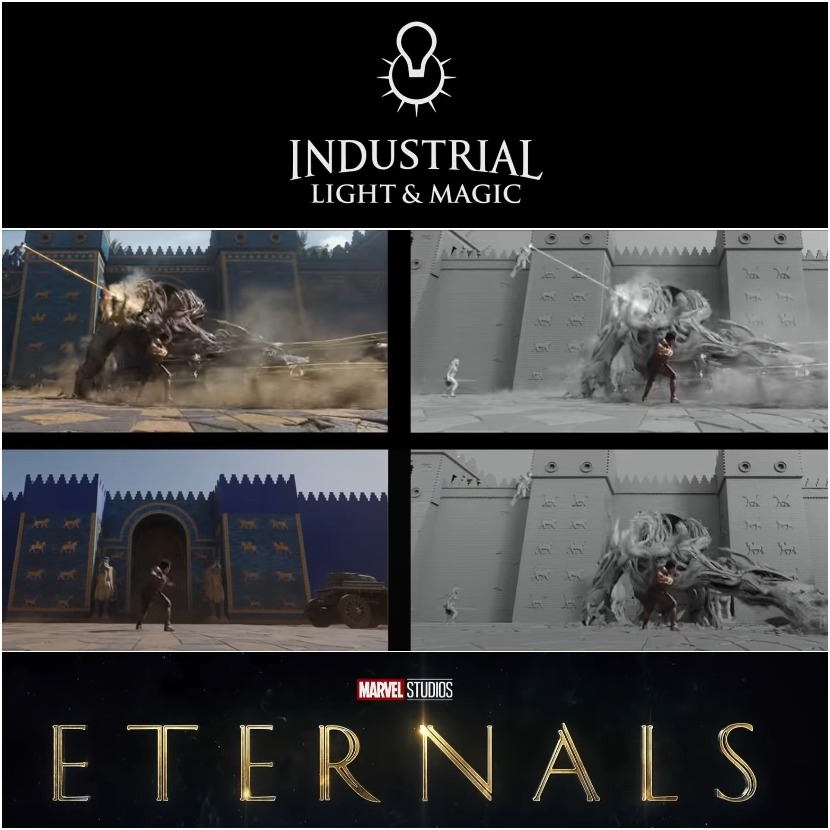 ILM has shared an exciting VFX - making-of video for Marvel Studios’ Eternals which arrived in the theaters last November.

In this amazing behind-the-scenes presentation, ILM reveals how they have built the whole ancient city of ”BABYLON“ with its temples and the amazing fearsome battles between Eternals and Deviants.

They also shared some of the Deviants, characters and monsters, anatomy, and muscles.

ILM, “Industrial Light & Magic”, is an American motion picture and visual effects company. It was founded in May 1975 by George Lucas. It is a division of the film production company Lucasfilm. it was created when Lucas began production of the film “Star Wars”.