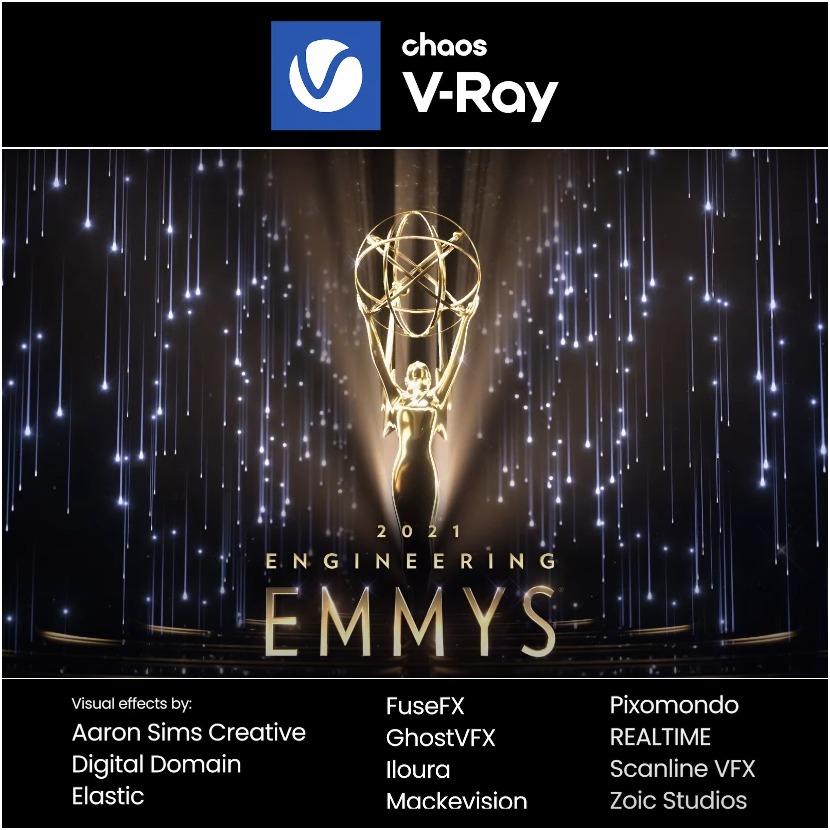 Chaos Group released a new reel after they won an Engineering Emmy® Award for V-Ray renderer.

The Founder and CTO, Vladimir “Vlado” Koylazov, has attended the ceremony in person at the JW Marriott Hotel in Los Angeles with members of Chaos’ US team.

V-Ray has been used on hundreds of shows, including Stranger Things, Game of Thrones, and Star Trek: Discovery. V-Ray has an architecture to optimize and handle large production scenes. It is used to render digital environments, creatures, vehicles, and more in a highly efficient way. Many prestigious studios worldwide adapt it in their workflows, such as Digital Domain, Scanline VFX, Zoic Studios, Mackevision, FuseFX, and more.

Enjoy this 2-minutes breath-taking reel below.

Chaos Group is a Bulgarian company established in Sofia in 1997, and it’s famous for V-Ray Render Engine. It is a world leader in visualization and computer graphics, creating technology that empowers artists and designers to visualize anything they can imagine. Their solutions vary from 3D rendering, real-time rendering, and simulation software.