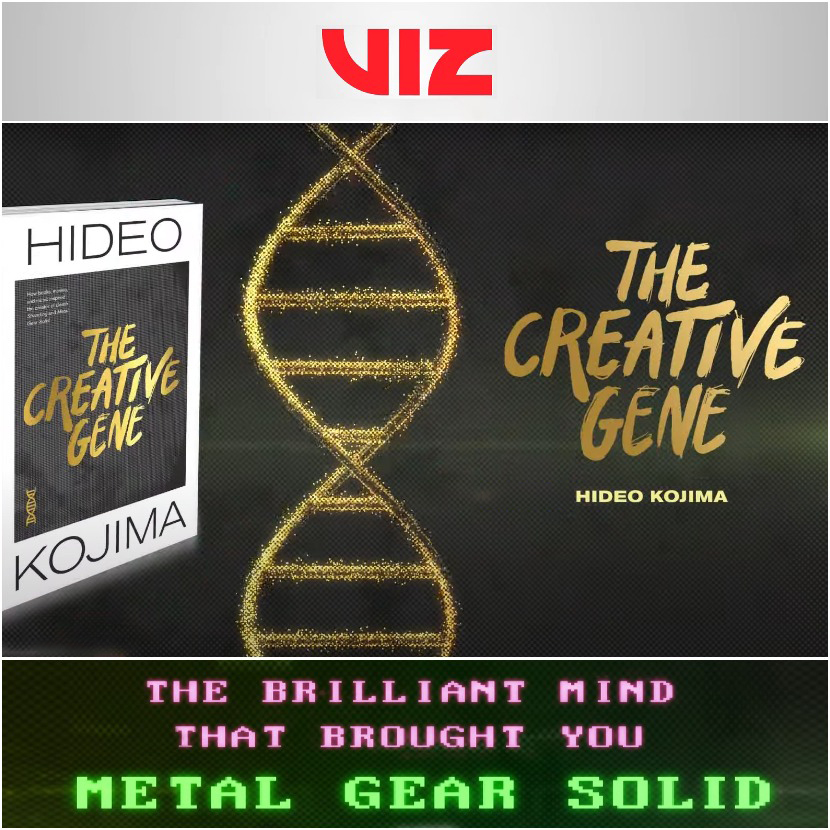 Vizmedia has released an official trailer for The Creative Gene Book by a brilliant mind Hideo Kojima, the director, game designer, producer, and writer of Metal Gear Solid and Death Stranding.

In his book, The Creative Gene, he shares his thoughts, observations, and critical analysis. He talks about how movies, books, and music inspired him when he was a child, and the results are the groundbreaking iconic video games Metal Gear Solid and Death Stranding.

Hideo Kojima, the author of Creative Gene book, was born on August 24, 1963, in Japan; he had a passion for reading and movies since he was a child. Konami hired him to design and write Metal Gear (1987), a game that laid the foundations for stealth games and the Metal Gear series. In 2005 he started Kojima Productions, a software house controlled by Konami. In 2015 Kojima Productions split from Konami, becoming an independent studio, and their first game release was Death Stranding in 2019.

Vizmedia is an American manga publisher, anime distributor, and entertainment company headquartered in San Francisco, California in 1986. For more than three decades, it has been an international authority. It is a destination for manga in America and home to some of the most prestigious anime brands driving the industry. It is owned by Japanese publishing conglomerates Shueisha and Shogakukan.