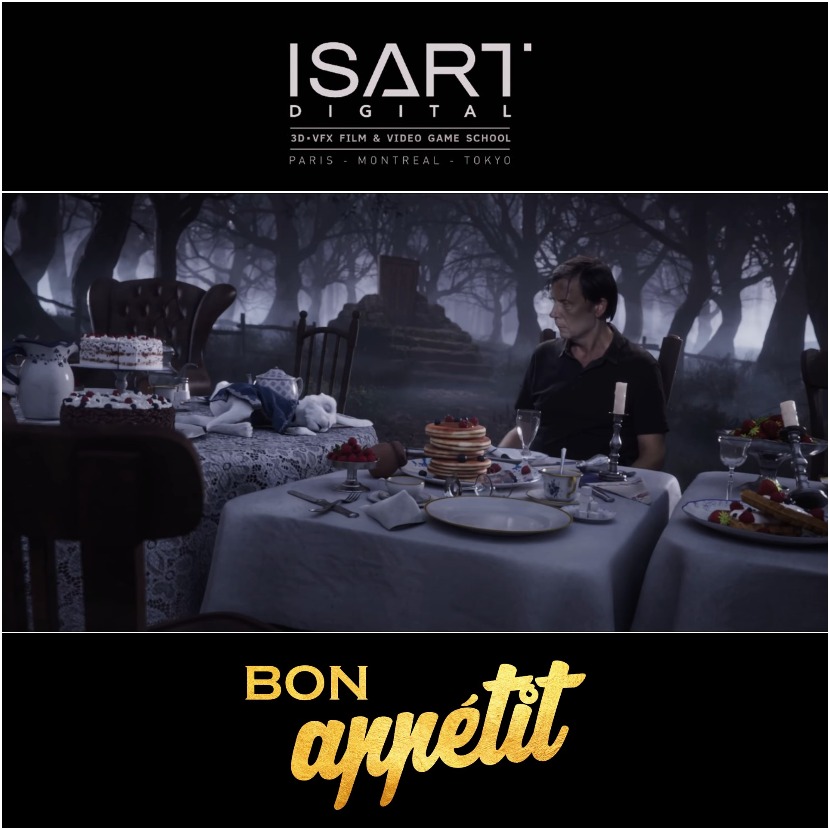 The story is about Robert, a grandfather who knows that his grandchildren are coming, and he has to take a short adventure to prepare an extraordinary meal for them.

CGMeetup was founded in 2011 as an online platform; over the last ten years, the site has evolved into one of the world's premier film, media & entertainment, and games websites. It offers the latest news, an inspirational gallery, jobs, 3d models, and hundreds of free tutorials on various subjects. They showcase some of the best computer graphic artwork in the world.

ISART DIGITAL, the Video Game and 3D Animation-VFX School, Montreal, Paris, and Niigata, provide work-study degree courses. Working in partnership with professionals in Montreal, Paris, and Tokyo, ISART DIGITAL is widely respected by those in the industry, as proven by the numerous awards the school has received: Unity Awards Best Student Project prize (2014), Pixar Disney prize (2103)