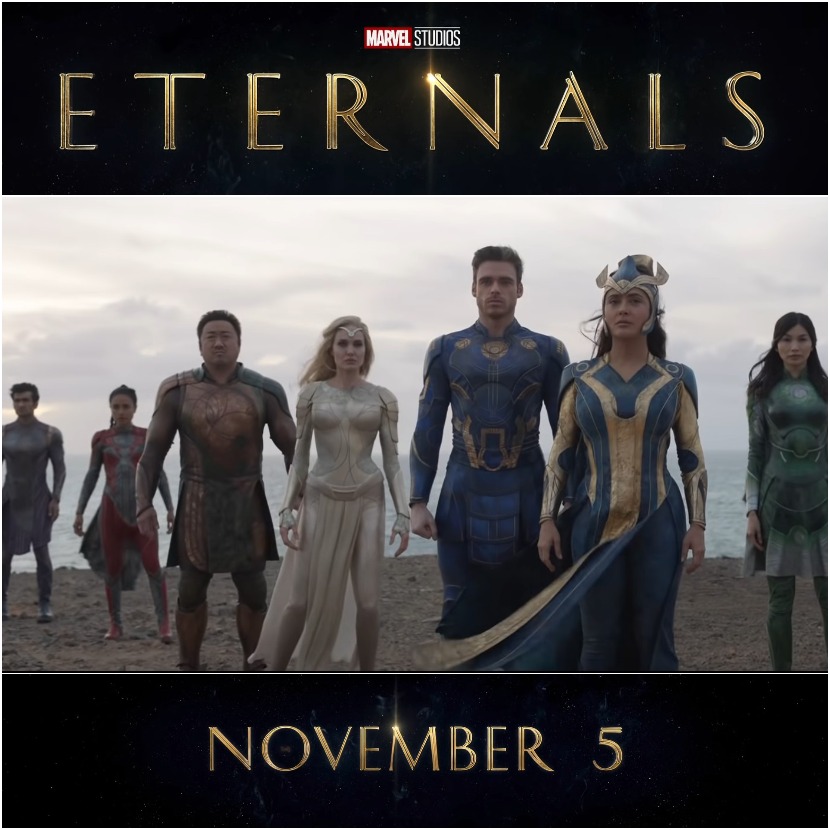 Marvel Studios has released their last Trailer for Eternals before it arrives in the theaters on November 5.

Eternals are a race of superheroes based on Marvel Comics characters with the same name. This immortal alien race has lived among us on Earth for over 7,000 years. After the return of half of the population in Avengers Endgame (2019) film, the emergence ignites, and they have to reunite to protect humanity from their evil counterparts, "The Deviants."

Marvel Studios, originally known as Marvel Films from 1993 to 1996, is an American television and film studio part of Walt Disney Studios. It is known for producing Marvel Cinematic Universe films that are based on Marvel Comics’ Characters.