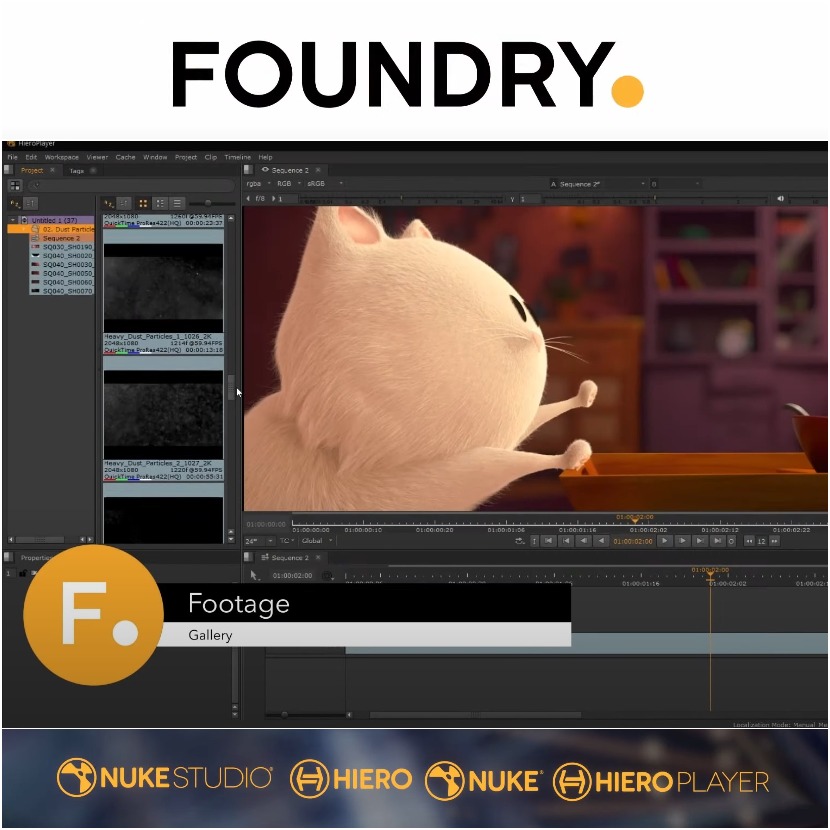 Hiero Player is a compelling sequence previewing application, but it can do much more than that. You can read some of the features it supports below:

You can learn more about Nuke and Hiero Player pricing packages by clicking HERE.

Watch the video and learn all its capabilities!

Nuke is a digital compositing node-based software, which was first developed by Digital Domain then further developed by Foundry since it was sold in 2007. It is used for film and television post-production, with many users around the world, including Digital Domain, Reel FX and Industrial Light & Magic., Walt Disney Animation Studios, DreamWorks Animation, Illumination Mac Guff, Sony Pictures Animation, Framestore, Blizzard Entertainment, Weta Digital, Double Negative.

Foundry is a creative software development company for the Digital Design, Media, and Entertainment industries for over 20 years. It was founded in 1996 in London, with more than 300 workers and a presence in the US, China, Japan, Australia, and Europe. The company is famous for NUKE, MARI, KATANA, and MODO.