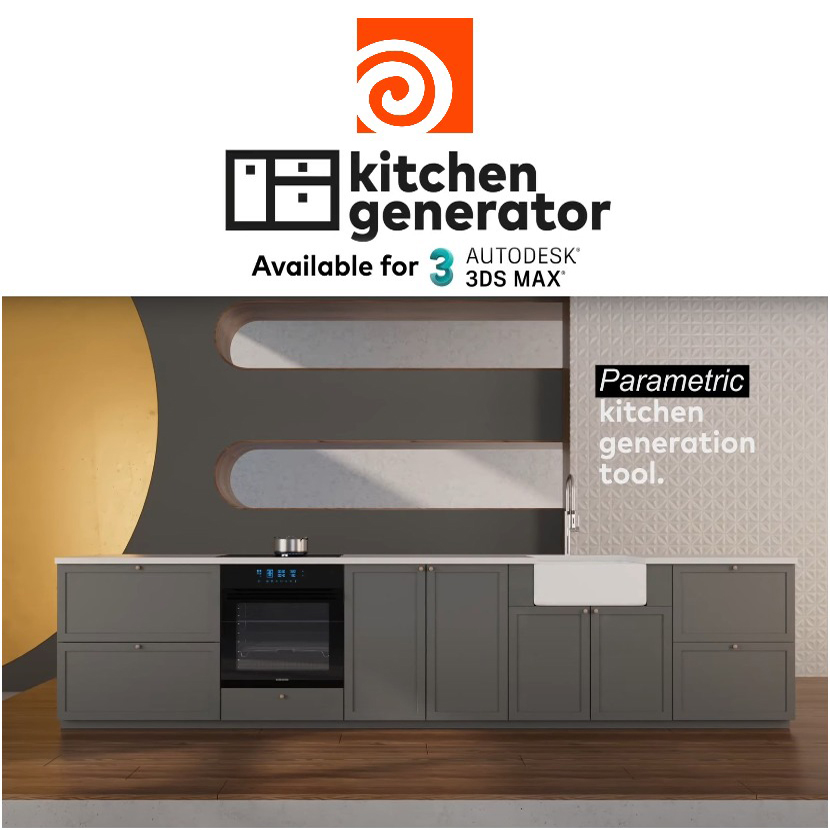 SideFX has shared with the CGI community their new KITCHEN GENERATOR TOOL which gives 3DS Max users the ability to generate variations of kitchen setups, through the use of Houdini Engine.

The users can work with the existing kitchen starter pack that contains cupboards, sink, shelves, panels, and parts. You can try this interesting new tool Here.

Don't miss this preview to learn about its power.

They 've also shared another 24-minute short tutorial to explain how to use the KITCHEN GENERATOR TOOL.

SideFX is one of the leading procedural software developers since 1987. First started by Kim Davidson and Greg Hermanovic – animation enthusiasts with a flair for UNIX coding, In 1985 they joined Omnibus. They became famous due to Houdini software which plays a big part in the feature film VFX.