Introducing the winners of the Vivid Awards 2018 design competition 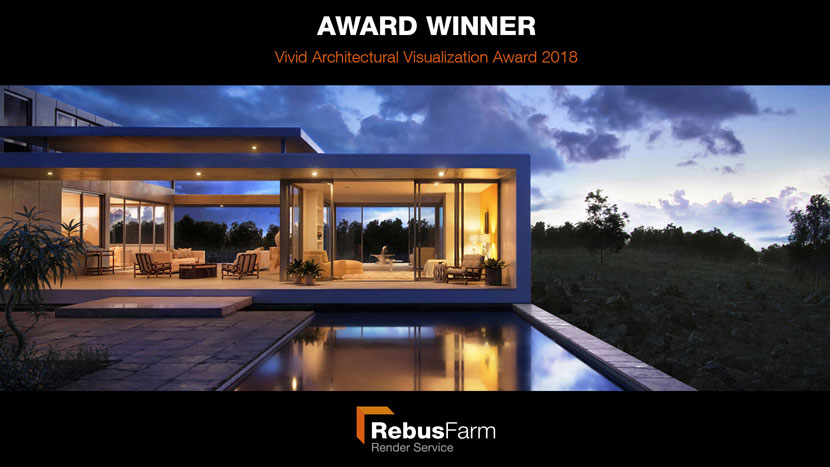 Developer of 3D training software Vivid Visual Studio recently announced the winners of their second annual Vivid Awards design competition. With nearly 500 attendees present at the ceremony held in Tehran, Iran, a panel of judges awarded prizes for the best architectural renderings. As proud sponsor of the competition, RebusFarm is excited to once again bring you an exclusive interview with Ehsan Darvishi, who took home grand prize for his outstanding exterior scene pictured above. 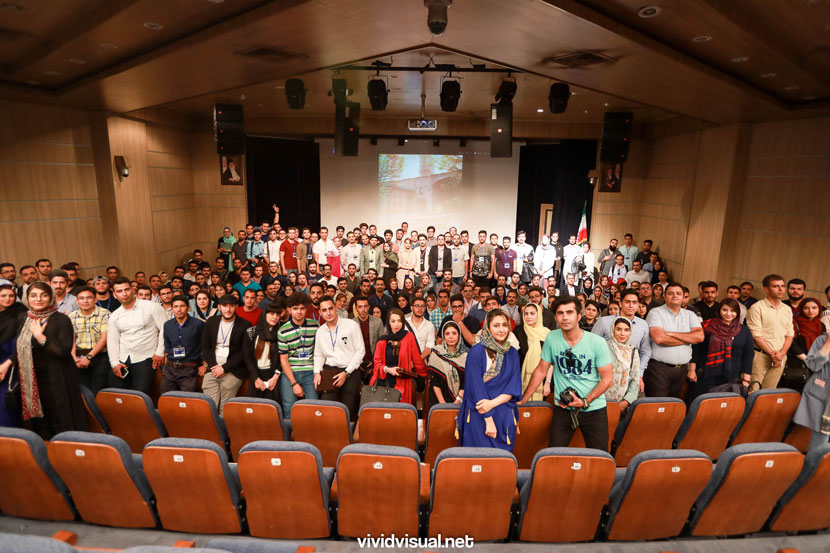 Hi Ehsan, thanks for taking the time! First of all, congratulations for winning first prize at the second annual Vivid Awards! To start things off, please introduce yourself to our readers!

Hi everybody and thanks! My name is Ehsan Darvishi. I’m 30 years old and I’m from Esfahan, Iran, where I try to make a living as a 3D Artist.

My interest in CGI began during early adolescence, around the time video game graphics transitioned from 2D to 3D. I’ve always had a thing for animation and VFX in movies as well, so as I grew older, I naturally took interest in learning more about the technical workings of things. When I was around 15, I started working with 3D software myself. However, learning was everything but easy back then. There was no one who could teach me and educational resources were hard to come by. Fortunately, passionate as I was for CG, I was able to learn a lot on my own. 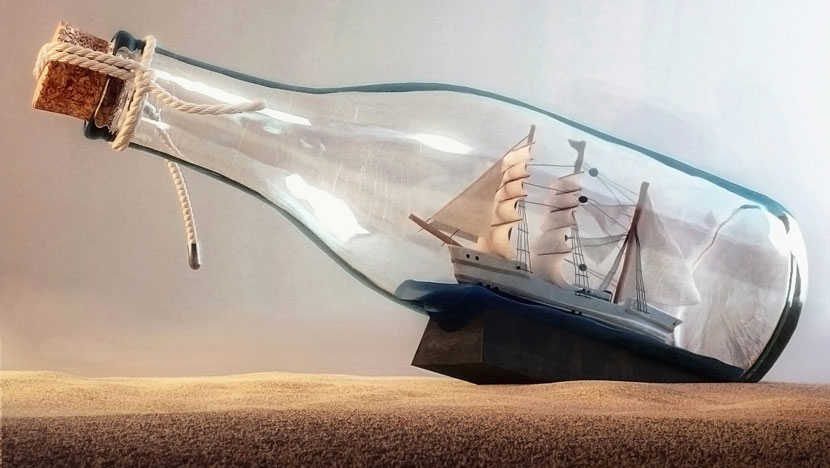 For a 3D artist such as Ehsan, the question of how the ship goes into the bottle, is a moot point.

When did you then decide to pursuit a professional career as a 3D artist?

After two years of learning 3D software, I had developed a sufficient skill level to be recruited by an animation studio. It was there that I truly began progressing as a 3D artist, picking up a lot of – for a lack of a better word – tricks of the trade. I worked at that studio for about seven years total, during which I was involved in several animations of varying size and scope, mostly doing modeling, texturing and lighting work. Since I’ve left, I've been freelancing exclusively.

Can you tell us more about your freelance work?

Sure, I’ve been working on my own for about six years now. For the most part, I do modeling, both hard surface and character, texturing and lighting jobs. My client base overwhelmingly consists of animation studios and architectural companies.

When and why did you decide to participate in the Vivid Awards design competition?

It was a spur of the moment type of thing, I guess. While the competition itself certainly did intrigue me, I wanted to challenge myself more than I wanted to best the other contestants.

Progression of the clay render of Ehsan’s contest submission.

Let’s talk about your submission ‘Modern Outdoor’ in more detail. Please tell us all about the scene and the story behind it!

For the competition, we as contestants were allowed the use of reference material. My submission is based on an amazing photograph I found during research. I was particularly impressed with the lighting, the color and the timing, which inspired me to recreate the scene in 3D. My main goal was to match the reference image as closely as possible.

This overarching desire for realism influenced nearly every work step, even the camera angle and the placement of models. I imported the reference photo in 3ds Max and began by modeling the building and all of the furniture inside. Most of the scene models I made myself, only for some of the minor objects such as trees and shrubs did I resort to using ready-mades. I even sculpted Rodin’s ‘The Thinker’, sitting on top of the fountain, in Zbrush! The sky I extracted directly from the reference image and placed it in the background of my scene. Thanks to the same camera angle and the sky, all reflections are exactly as they appear in the photograph.

From searching for references to modeling, lighting, rendering and finally post production, all in all this project took me a full week to complete. 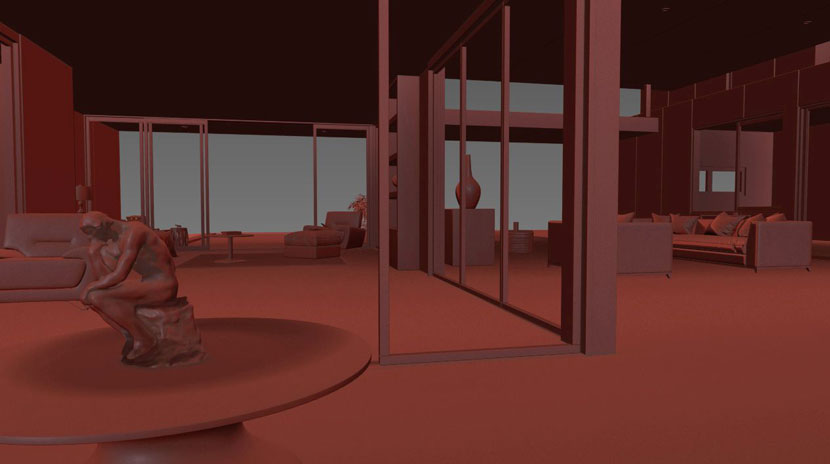 This work-in-progress shows Ehsan’s model of the statue of ‘The Thinker’, barely visible in the final image.

Since the furniture is hardly visible in the reference photo, I had to use my imagination while modeling the building’s interior. There were other problems I had to come up with solutions for, but nothing out of the ordinary.

What software did you use for this particular project?

Have you used RebusFarm before? If yes, please tell us more about your overall experience.

No, not yet unfortunately. But I'm very keen on trying it out in the near future!

Unfortunately, in my country, the CG industry is very small and struggling, with little to no hope of things getting better any time soon. Whether it’s animation, VFX or gaming, many Iranian 3D artists feel they have no choice but to migrate. Since this is the reality I live in, I hope you forgive me if I use this opportunity for a little self-promotion…

Not at all, please go ahead!

Well, I’d very much like to join a leading company in either animation, VFX or gaming. I’m confident I have both the required skill as well as the passion and I’d be thrilled to gain new experiences!

To get back on topic - that is future projects – currently I’m working on two personal projects in my spare time: First, an original character and second, a car scene in a mountainous area. Both will be completed soon, so please keep a look out! Last, but not least I want to thank RebusFarm for supporting the Vivid Awards and for having me.

Thank you for talking with us and all the best in the future!

If you are interested in hiring Ehsan or simply want to keep up with his work, find him online here: