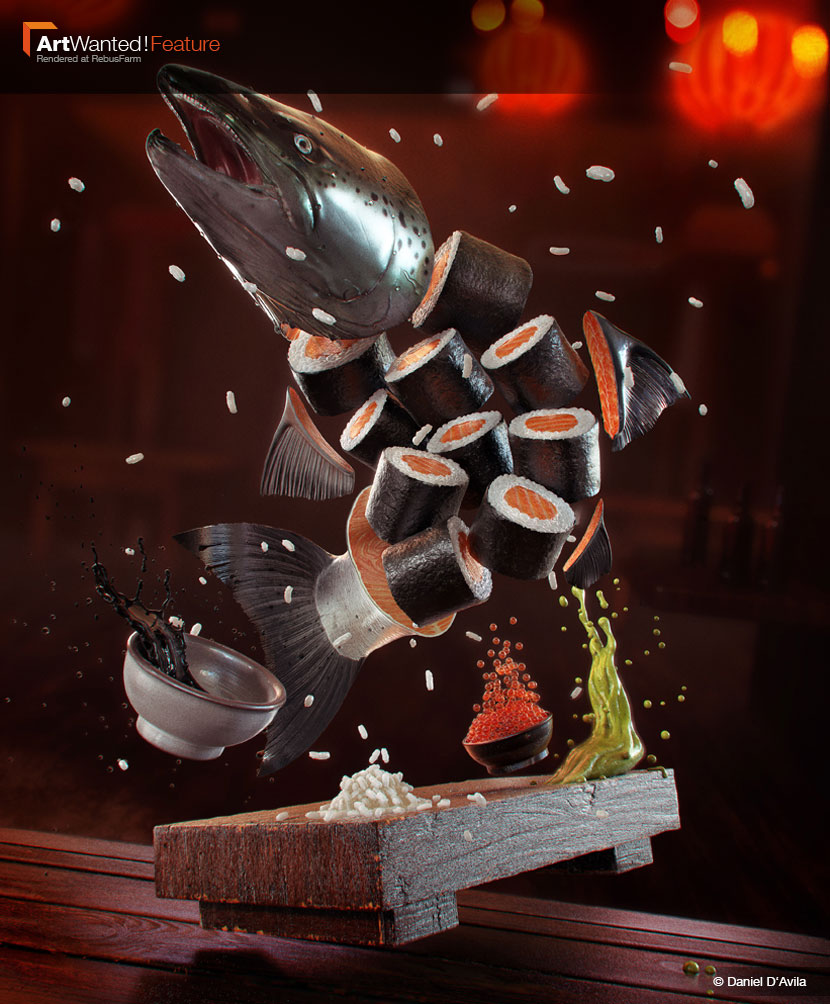 “Irasshaimase!” and welcome, everybody. On today’s menu: ‘Fresh Hosomaki’, thin rolls of sushi, expertly prepared and served by acclaimed Brazilian 3D artist Daniel D’Avila. Exhibiting the same diligence and craftsmanship as a Japanese chef, his varied work is appreciated by gourmets of the digital arts and business clients alike. Following a long and illustrious career in advertising, Daniel now successfully manages his own studio, which works for global players such as Nestlé, Samsung, Nissan and MasterCard.

If the image above has whet your appetite, continue reading to find out more about Daniel D’Avila’s background and range of expertise. 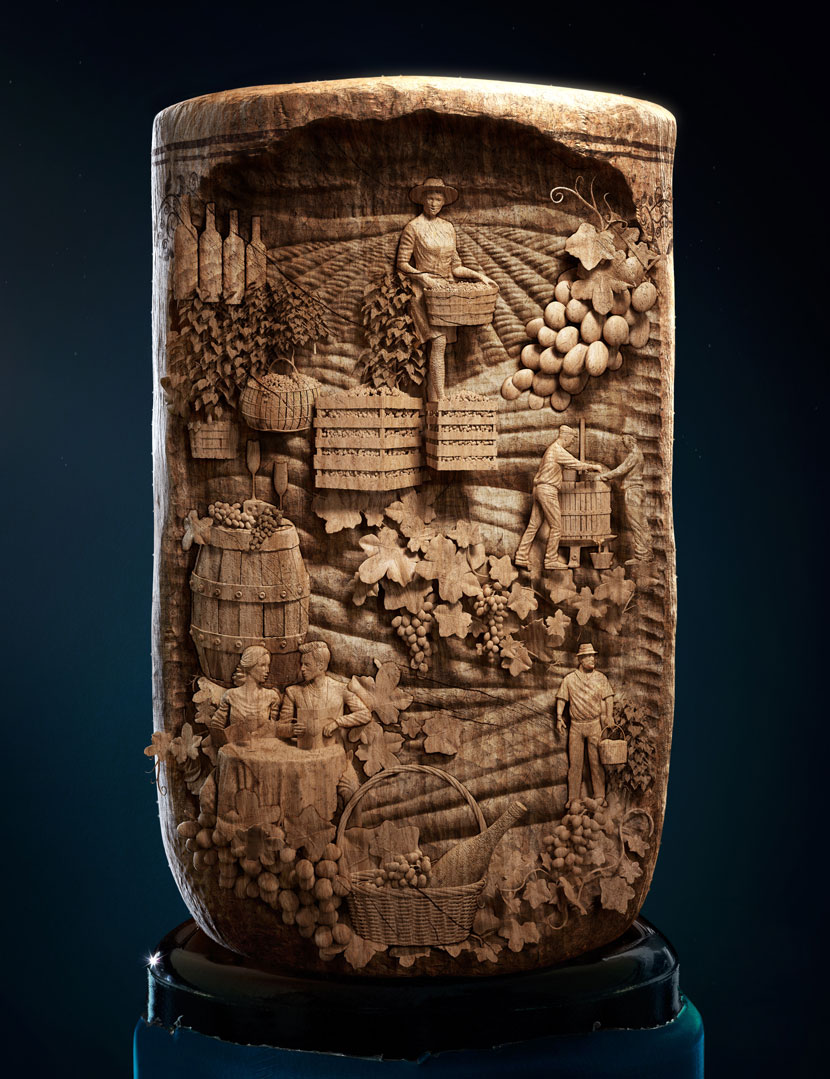 3D artwork made for the California Wine-grape Association.

“Since I’ve graduated in Graphic Design back in 2000, my career has followed anything but a linear path”, Daniel recalls the beginning of his professional life. Though a time marked by frequent job changes, working as a creative for some of Brazil’s biggest advertising agencies allowed him to gain practical experience in a wide variety of disciplines, including photography, typography, illustration and art direction. Over a period of twelve years working in the field, Daniel developed a thorough understanding of client’s expectations and demands.

Building on this knowledge eventually lead to the foundation of D’Avila Studio in 2010, a multidisciplinary illustration studio whose services include 2D, 3D, CGI and character animation. Since then, D’Avila Studio has quickly become a force to be reckoned with: “Over the past seven years, we’ve successfully realized large scale projects and ad campaigns for prestigious companies not only locally, but on the international market as well!” 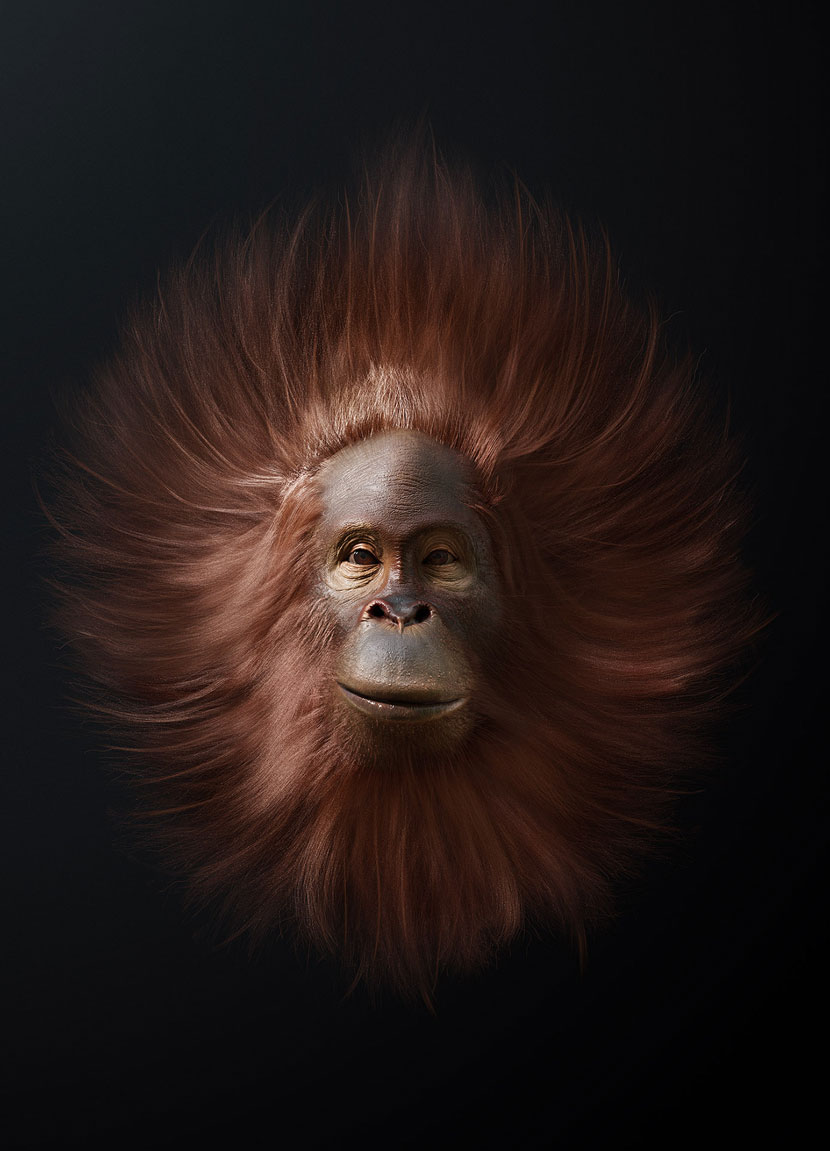 This stunning orangutan is part of a campaign for Mitsubishi Motors.

One of the keys to Daniel’s continued success is his drive for self-improvement. When first studying CGI while working as an art director in 2009, he developed a seemingly insatiable appetite for learning: “The first tool I ever learned was Modo, and since then, I never really stopped”, Daniel says. “I soon started looking into more and more programs: ZBrush, Substance Painter, After Effects and Marvelous Designer, just to name a few. Things eventually started getting out of hand, but to keep up with the needs of a constantly advancing industry, you have to keep advancing yourself!”

His creative talent and technical prowess didn’t go unnoticed for long. Throughout his career, Daniel has won prizes at prestigious festivals such as Cannes Lions, Lürzer’s Archive and was recognized by Lürzer’s Archive as one of the 200 best digital artists worldwide. 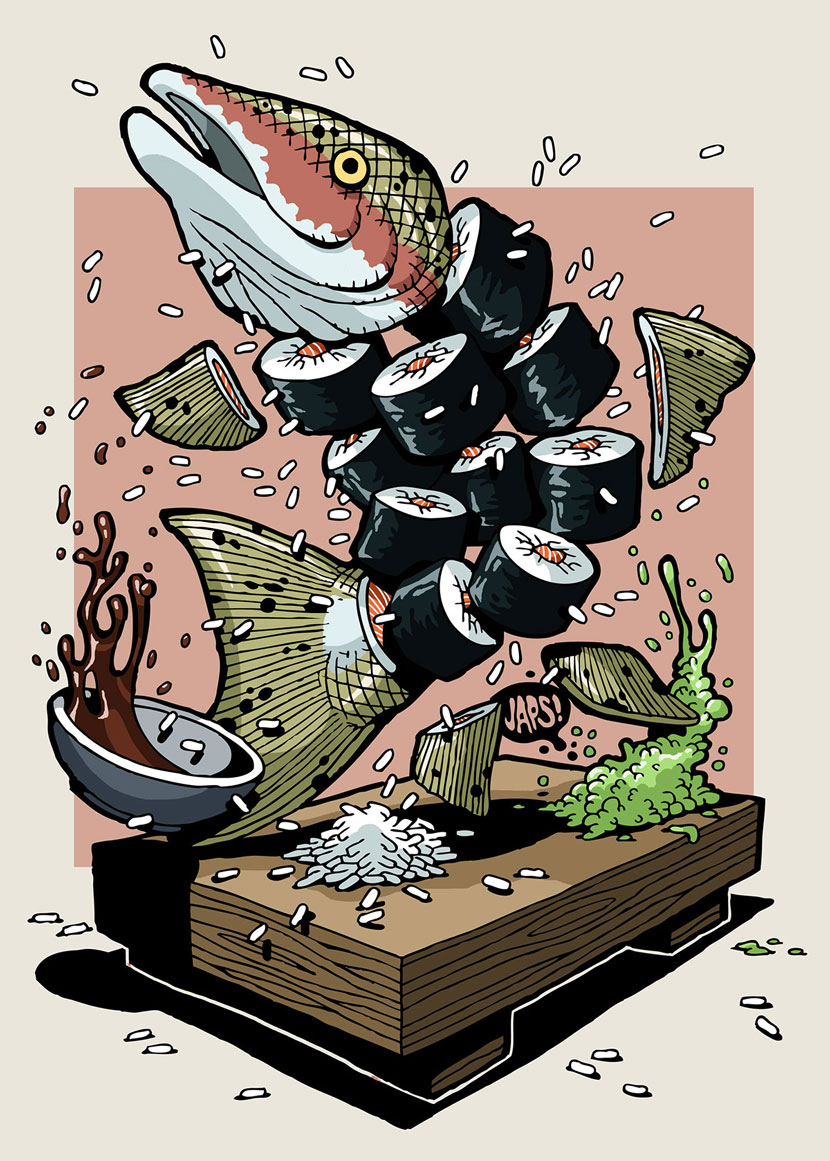 Even taking into account his strive for excellence, it’s surprising Daniel still finds the time and motivation to work on personal projects such as ‘Fresh Hosomaki’ in addition to his day-to-day operations. The image is based on a 2D piece by Italian artist Vanni Vaps and was transposed into 3D by Daniel over the course of one month. “I was initially trying to add Substance Painter to my pipeline when I stumbled upon Vanni’s 2D sketch. Not only was I fascinated by the image, I quickly became determined to rebuild it in 3D, as I saw it as the perfect opportunity to put my recently gained texture skills to the test.”

With Vanni’s permission, Daniel set to work. From movement, composition, lighting and different textures, transposing the original sketch into a 3D environment proved a challenging task, especially since a “simple” copy-and-paste-job was out of the question: “When working within the framework of an existing concept, it’s both my obligation and ambition as an artist to push it to another level”, Daniel explains. “I started gathering as much reference material as possible at first, but then I tried to deliberately detach myself from Vanni’s original vision to put my own spin on it – that’s when the real fun begins!”

Daniel used Modo, ZBrush, Substance Painter and Photoshop to create his rendition of ‘Fresh Hosomaki’. Furthermore, he tells us ZRemesher, Zbrush’s retopology tool, was particularly useful in the production of the image, as it made “retopology a painless task”. 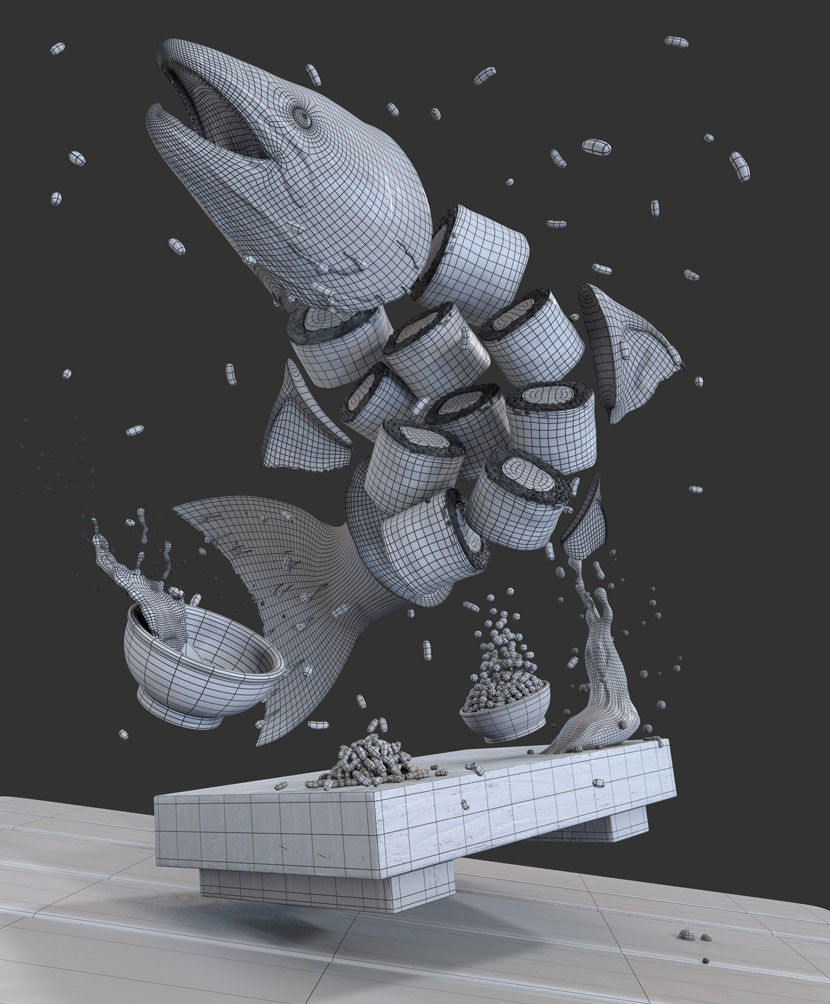 As an avid user of RebusFarm, we asked Daniel about his previous experience with our render service: “My first time using RebusFarm was doing a sequence of three animal images for the Mitsubishi campaign and the rendering process felt just like magic. I especially like that once you upload your files, you can just continue to work on your PC. I also have to mention the responsiveness of your tech crew and their ability in solving issues. You guys rock!”

Despite his wide artistic range, there is no single subject in CG Daniel prefers. Instead, he enjoys the variety of working on completely different projects from week to week: “Keeping an open mind and a fresh outlook helps me to grow as an artist. It’s a never ending, but rewarding path. Working everyday with what you love is a priceless privilege.”

If you want to track Daniel D’Avila’s seemingly limitless growth as an artist, you can keep up with his work here: