A render farm inside the desktop 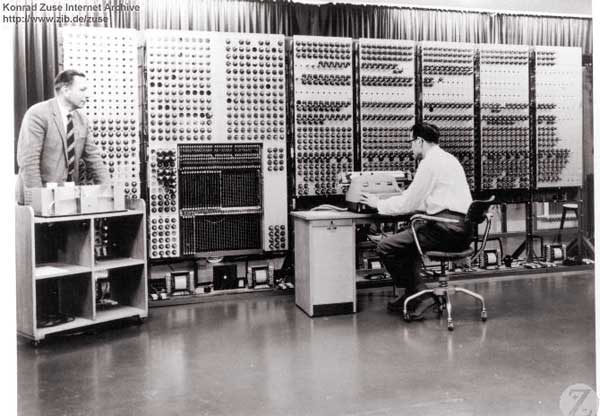 By realizing a new concept and utilizing a lot of development time the German company RebusFarm managed to integrate their 18,000 GHz renderfarm directly into several 3D-packages – through the use of plugins.

A commercial render farm serves different user profiles, which can be separated into three categories:

The aforementioned settings dictate the demands a render farm has to meet in terms of delivery-speed and user-friendliness. The customer who is behind schedule won’t wait until the next day for his results, while the regular won’t put up with repetitive and cumbersome submission procedures to the render farm.

To date the market differentiates between render farm systems with manual and semi-manual project-submission. The manual systems can’t fulfil the demand for a quick response, the worst case being that the response takes until the next day. Even in an ideal case a time-consuming process of establishing contact and adjusting the project is required. Semi-automated systems offer a web interface for the render job submission, which promise an immediate rendering start on the project. Unfortunately, most of the time the reality is a bit different: none of the systems are able to identify version numbers of the 3D-software and their rendering engine. This is very important, as one and the same project file tends to render differently on different software versions – bad surprises are inevitable. Furthermore missing plugins and textures aren’t recognized, while the costly rendering process is launched anyway.

None of the existing manual and semi-manual systems were able to convince the operators of RebusFarm. Based on the developers’ own demands end expertise, a fully automated service based on the fastsafe-carefree principle had to be possible. The aforementioned ideas led to a new and basically obvious approach: the user’s project had to be checked for completeness and compatibility inside his 3D-software via a plugin - the only place where all information about the project is still available. The Farminizer plugin submits the job to a rendering-manager, which administrates the job to the render farm. In the background the Farminizer plugin performs several adjustments to the project file, while also collecting information about the software versions and rendering engines, to match the render farm to the user. Basically the render farm and the project meet halfway. This ensures optimal conformity while disabling incorrect renderings on the render farm. The general rule: If the plugin submits the job, the project file will be rendered correctly on the render farm. Incorrect renderings are impossible: A novelty. Furthermore the project will be checked for popular user-errors before submission, sparing the user unnecessary costs. The Farminizer plugin generates a Zip-file and exports it to the render farm manager, which uploads the project, launches the rendering process and saves the rendered images in the user’s local output folder. The render farm manager is a combination of FTP-client and rendering-monitor. Added to that, it allows the import of project files from other 3D-applications which are able to export render farm compatible projects on their own. Thus the rendering service is topped off by supporting Maxwell.

Since all known software packages had to be supported from the start, individual plugins had to be developed for 3ds Max, Maya, Cinema 4D and Softimage|XSI. It started in 2009 with the realization of the Farminizer plugin for 3ds Max, since it offers the biggest number of third-party plugins due to its early support for developers. It turned out that the Farminizer’s algorithms for 3ds Max can be translated to the other plugins like Cinema 4D, Maya, Lightwave, Softimage|XSI and Modo for the most part, but still, the individual software architectures and user workflows for the different applications asked for a lot of adjustments. The connected render farm manager kept growing with regards to comfort and speed. One of the highlights is the One-Click-technology, which allows a full automated handling of the project, until the rendered files can be found in the user’s local output folder.

The operative programming of the software was realized by at2. The experienced team tirelessly tackled one obstacle after the other to make the ambitious project possible at all. This resulted in a scalable system, which can be extended upon further 3D applications, rendering engines and software platforms. Amongst the Cinema 4D community the software developer is well-known for its plugins /SPLURF/, /enDOFin/ and /ReferenceShader/, and they were able to incorporate their Cinema 4D expertise into the project.

Advantages for the user

What came out was a robust, practice oriented application, which makes the user’s life with the render farm a lot easier, due to several features which make the renderfarm basically invisible. Now the user doesn’t have to worry about texture and output paths, proxies, GI-maps, XRef- and HDRIfiles, plugins, complicated FTP-client set-ups and hundreds of other little things. So far, only very simple projects could be rendered without the render farm operator or the user taking action. Now the Farminizer software allows a maximum of reliability and delivery speed, even with highly complex rendering projects. The RebusFarm Farminizer sets up a seamless link to the render farm and brings a capacity of 18,000 GHz to the user’s desktop. Except for the increased rendering speed it won’t feel different from a local rendering.

The Farminizer software can be downloaded for free on the RebusFarm website and installs the Farminizer plugin as well as the render farm manager. The rendering can be started right away with a free trial. Operating expenses are calculated in GHzh, which is the equivalent of renting one CPU-core with 1 GHz for 1 hour. Of course, a modern CPU consists of several cores with more GHz. The Farminizer plugin is integrated into 3ds Max, Maya, Cinema 4D and Softimage|XSI according to their individual workspaces. In 3ds Max, for example, you can run the plugin via the dropdown-menu “Rendering”-“Render with RebusFarm…” Usage of the Farminizer  software turned out to be very useful, that the developer’s own production unit REBUSmedia utilizes it to submit their projects to the render farm. The user profits from a rendering speed over 600 times compared to a modern PC. To be more concrete: A rendering which would normally take 25 days to complete can be found in the user’s output folder after 1 hour.

The new render farm concept gives new impetus to the 3D-community. A lot of the promises given by the render farm industry are fulfilled and simplify the work of 3D-studios of any size. It can be expected that the market for external render farms keeps growing, although the focus will be narrowed down to only a few suppliers. RebusFarm, as the technological market leader with their Farminizer software feel well equipped for things to come.