EVE: Online, the long-running massive multiplayer online space simulation by Icelandic developer and publisher CCP Games, is a cultural phenomenon. Every day, tens of thousands of players compete for riches, power, glory and adventure amidst the nearly 8.000 star systems that make up the game’s vast universe. Even though generally more known for its intricate player interactions and fascinating history, the visual appeal of its futuristic setting plays an important part in its continued success.
We had the chance to sit down with Cinematic Director Ólafur Haraldsson and talked trailers, immersion and VR.

Hi Ólafur, to start things off, please introduce yourself to our readers!

I’ve been in the Icelandic CG industry for almost two decades now, mostly working on commercials as a CG generalist. When I joined CCP ten years ago, I started in game development as a character animator, but after a big project got canceled I moved over to marketing, doing trailers for EVE Online, Dust 514 and later EVE: Valkyrie and EVE: Gunjack.

For me it felt very familiar and rewarding as I was back on a small team where each individual has tremendous influence on every project. The CCP Cinematic team has mostly been around four people and we usually do everything from conceptualization to delivery. Although I hold the title of Cinematic Director, it’s more a description of responsibility than one of authority – the team works very democratically and every one of its members can deliver a polished project by themselves.

CCP Games recently released a brand new intro for EVE Online, showcasing the “Birth of the Capsuleer”. What is the main purpose of the trailer?

CCP is in progress of doing a total revamp of how new players are introduced to EVE Online. The old intro was 4 years old and although it did a great job of introducing the EVE backstory to the players, we felt that there was a more important message that it failed to deliver: One aspect that is unique to EVE lore is that you do not fly your ship in a cockpit or a comfy chair on deck. You take the role of a capsuleer pilot whose clone body is neurally tethered to the ship, gaining total control over every aspect of it. In a sense, they become their ships.
We wanted new players to feel this connection and realize that the ship is your agent more than your character. Of course we needed to deliver essential information about the world and its key elements as well. Like all of our work, it also needed to be entertaining and interesting for players, to get a positive sense of the EVE universe. 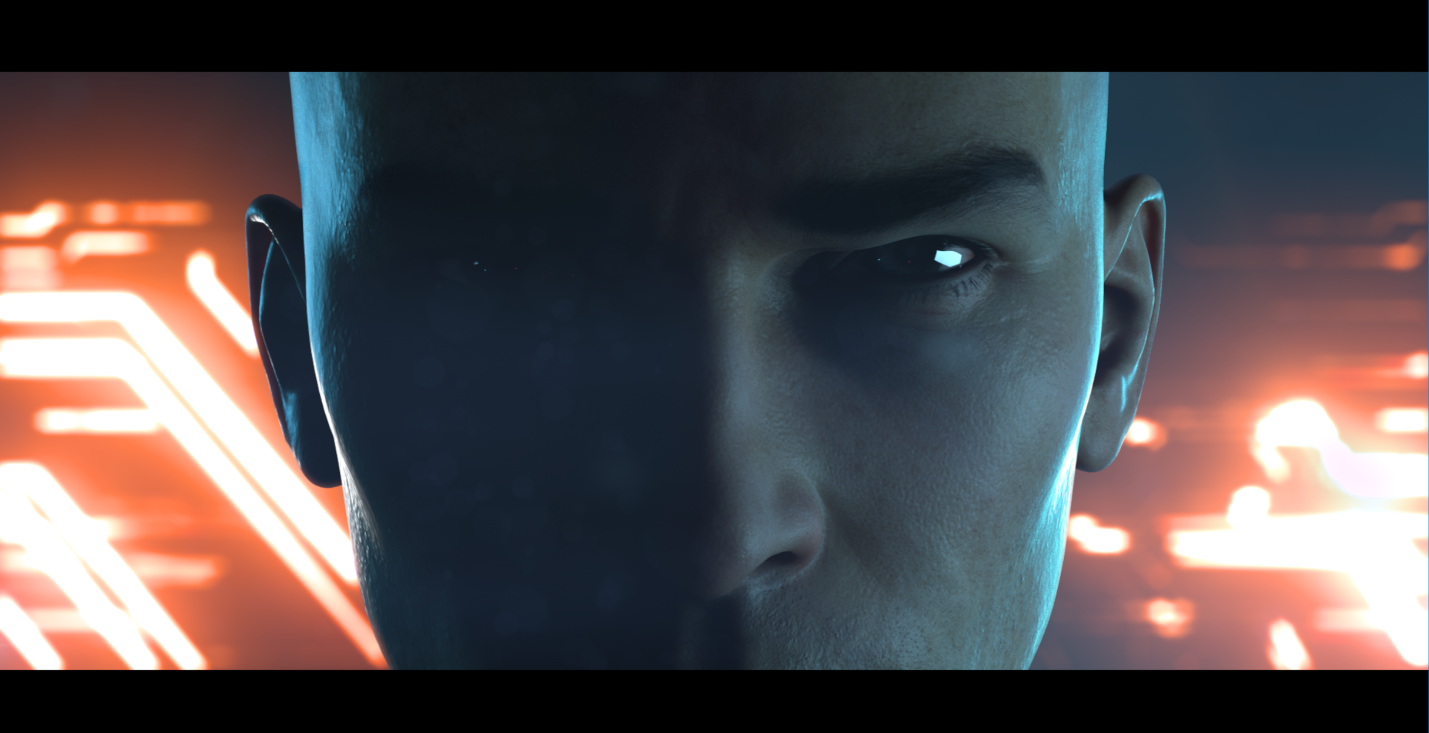 The Capsuleer was created by CCP character artist Andrei Cristea and rendered using V-Ray and RebusFarm. Additional skin effects were made in After Effects by importing the character model into Element3D and using animated textures

For a franchise as involved as EVE, I’d imagine it’s quite challenging to condense the game’s rich lore into a two-and-a-half-minute cinematic. Can you talk about the design decisions that went into “Birth of the Capsuleer”?

This was definitely a challenge. EVE is so rich in lore that you can explore and study its history for years as you progress through the game. Being aware of this, we decided early on during pre-production that most of the deeper lore was not necessary as the first point of contact with the game and opted to set the stage gradually instead.

More generally speaking, what is the overarching creative vision in terms of visual design behind the EVE universe?

The EVE universe is dark and brutal. We always want to keep that feeling and stay away from anything too friendly or colorful. A big part of the design is based on the four factions that govern the universe, each having their own distinct style based on their backstory. In our cinematic trailers, we sometimes sway a bit from the dark style as this is, after all, a game and we want to show that people are having fun first and foremost.

How important is the graphic representation of the universe to the players? How much do the visuals add to the general appeal of the game?

This is a great question. Many players play the game with the camera zoomed out most of the time, seeing red boxes fly around a tactical overview. I like to believe that even they are still immersed in the game’s setting and wouldn’t play without it. I think it has everything to do with immersion and the feeling that you are playing a great looking game. I'm sure that everyone who is a fan of sci-fi fantasy loves to fly a gorgeous looking space ship and we feel great gratitude from our players whenever we deliver graphical updates or trailers that show the universe in a way that does it justice. 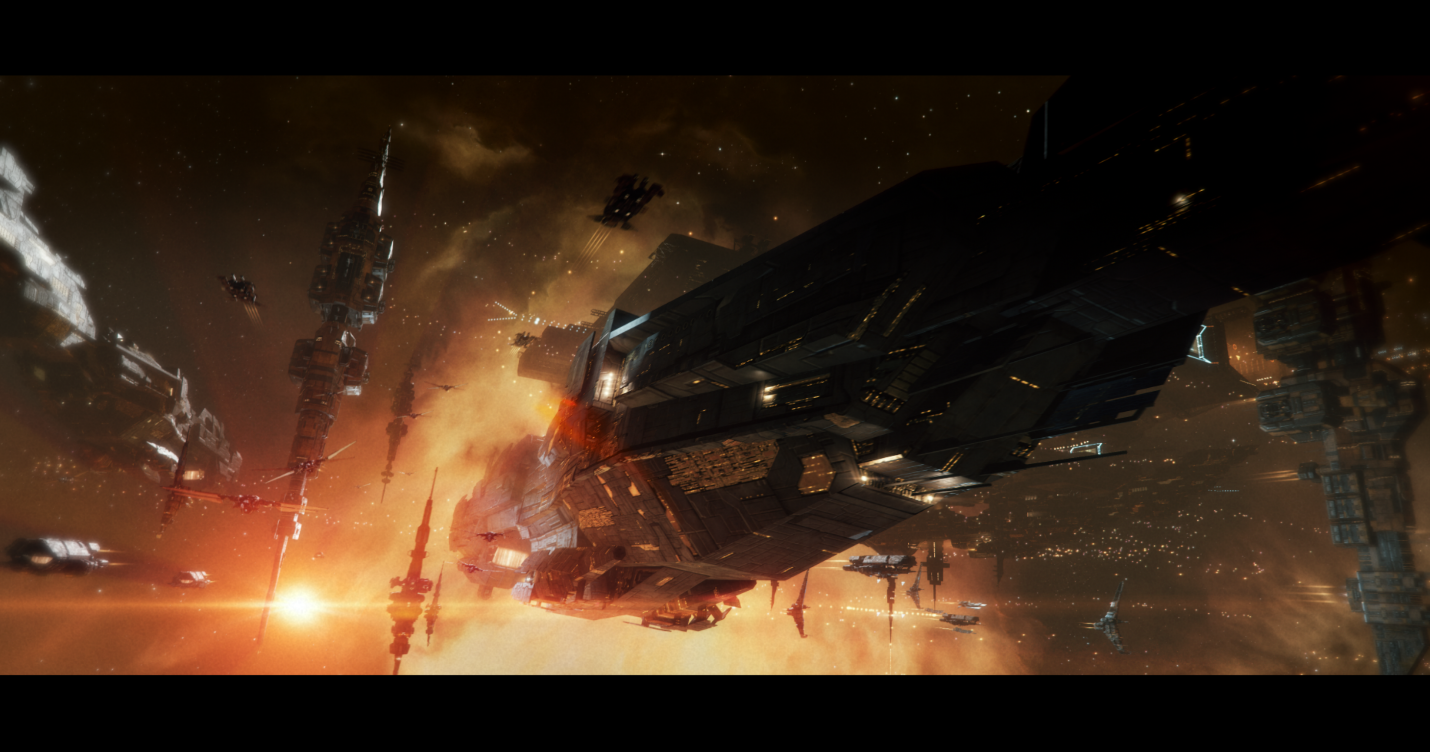 The EVE universe is very nuanced, consisting of thousands of star systems, various distinct factions and myriads of spaceships.

How long did the development process take overall and what software did you use?

We started pre-production in the beginning of January and were lucky enough to land an approved concept that we could take to production right away. We delivered in the first days of April, so in total, we had three months to complete the project. We usually start with a creative brief that states the intentions of the project with the relevant details. From that, we come up with a mood piece or a rough animatic that we need to be approved before moving forward. Once approved, we start blocking out all the shots to wrap up pre-production. We feel this process gives us a better feel for the final product than a storyboard might. Then again, it could also be the fact that none of us can draw.

We use Maya for all animation and V-Ray for rendering shots that have characters or assets that don’t exist in EVE. We then use After Effects for compositing in conjunction with Element 3D, which is a fantastic way to help dress up shots in post or add extra lighting. For most of the space shots, we export our animations to our game editor where we can render EVE assets fairly easily in near real-time. As we usually have very little time for production, it’s extremely valuable for us to get results as quickly as possible.

We’re proud that ‘Birth of the Capsuleer’ was partly rendered at RebusFarm. Can you briefly describe your experience in using our service?

I heard about RebusFarm at the time we were working on a trailer for EVE: Valkyrie. As it had many character and cockpit shots I knew I would have to use V-Ray for a good number of shots. As usual, we had a tight schedule and I was getting worried that we wouldn’t be able to render in time to meet our deadline. After a few minutes getting acquainted with Rebus I had everything set up and I was absolutely floored on how intuitive and easy it was to use.

After setting up my first render that would normally be an overnight render on a few machines, I installed the Rebus app and went home. The app finished installing as I was exiting the office and the first thing I noticed was that my render was already done! I realized that this was a game-changer when I was automatically downloading the files to my project drive only minutes later. I just cannot put in words how valuable this service is to a small team like ours: We don’t need to consider render times anymore and the cost is just a fraction relative to the time spent maintaining a few render machines locally.

The customer service has also been impeccable, I usually get friendly replies within minutes after submitting tickets and all issues are resolved incredibly fast and professionally. 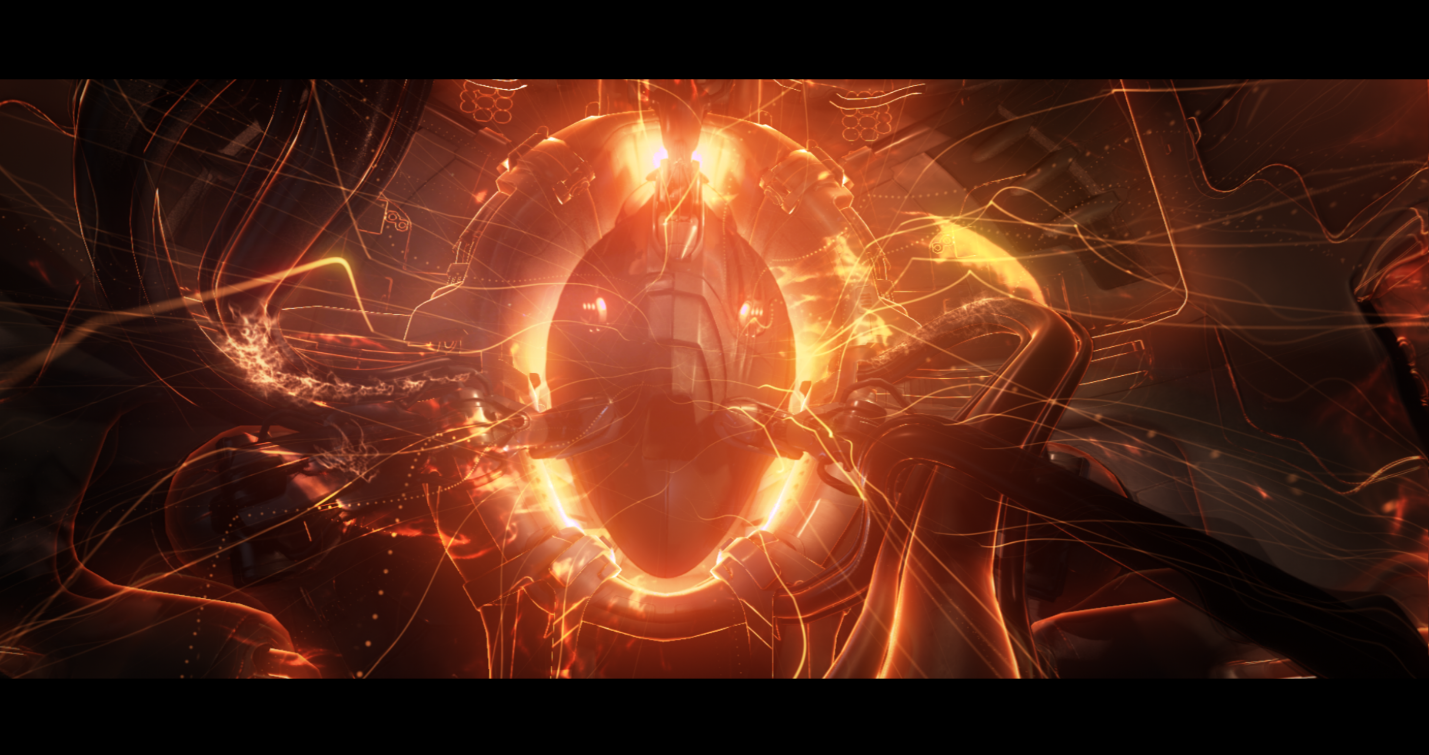 Birth of a Capsuleer. The neural effect was visualized by combining Maya paint effect strokes with animated textures in Element3D

With the release of the spin-off ‘EVE: Valkyrie’ in late March 2016, CCP Games has also started supporting VR technology such as the Oculus Rift. What potential do you personally see in VR?

We definitely see VR as a big part of the future of gaming and storytelling. The immersion is just so breathtaking that it’s hard to imagine anything else but for it to take off. I personally think it might take a few more years for the hardware to be polished enough to become a household item but I think overall it’s inevitable that it will be just that.

Is the integration of VR elements into EVE Online something you have considered for the future?

As a company that is quickly gaining a lot of experience in VR, I would not be surprised if we found a clever way of enhancing the EVE experience with VR. However, I personally believe that it’s rarely effective to simply add VR as an afterthought as there are so many things to consider when creating a genuine and fully functional VR experience.

Thank you for your time!