Mateusz Adamski: The Making of ‘Her‘

There’s a lot more to say about ‘Her’, the stunning animation by our July 2017 3D Artist of the Month, Mateusz Adamski. The following making-of, written by Mateusz himself, is an edited republishing of an article courtesy of The Rookies.

It all started when I finished my previous animation ‘Home’ in June last year. Since I’m a bit of a workaholic and can’t spend a day without working on 3D, I felt somewhat empty inside without having anything to do in that regard. So I began thinking about a new project, a follow-up to ‘Home’. As a big fan of Scandinavian architecture and design, I decided to take my project in this direction once again but this time, with a twist.

Most of the interior visualizations you see online look like luxurious apartments, perfectly styled by professional interior designers – but that is not how most people actually live. I always try to make my images look lived in, but this time I wanted to take it a step further and arrange an apartment like someone without particular knowledge of interior design would. I aimed for objects that most people could afford and this is where Ikea comes in! The furniture looks good and most importantly, it’s affordable, so it fitted perfectly into my project.

I arranged an apartment like someone without particular knowledge of interior design would.

I also wanted to tell a story in the animation, add some higher meaning to it, if you want. With every new project, I try to push myself to surpass my previous work. So I didn’t want to make “just” another arch-viz fly-through animation like I did with ‘Home’. From the very beginning, I wanted my girlfriend Ania to be part of the animation. I decided to dedicate this project to her for being the best girlfriend in the world and always supporting me.

From the very beginning, I wanted my girlfriend Ania to be part of the animation.

I am a very meticulous person and I spent a lot of time trying to find the perfect apartment and style before I was satisfied. Long story short, I modeled a few different apartments before I was happy. That’s one of the reasons why the project took so long to finish.

‘Her’ was the most complicated and time-consuming project I ever made and one reason for this was modeling. Although I wasn’t exactly sure what I wanted to do in the beginning, I knew one thing: Everything in this project had to be made 100% by me, no premade models were used in this animation.

I can’t tell exactly how many models I created, I’m sure it was more than 100. It may not look like that in the finished animation, but as the project kept changing all the time, I ended up with a lot of unused models.

This may seem like a waste of time since you can buy great models online. For me though, time you enjoy wasting is not wasted time and if you learn something new in the process, that’s even better! One of my goals for this project was to get better at modeling as well as texturing and shading objects and that simply takes time.

No premade models were used in the animation.

The main tool for modeling I used was 3ds Max, but there were moments when I needed to use Zbrush (mostly for re-topology/decimation and unwrapping) and Marvelous Designer, obviously for things like pillows, blankets etc.

For certain objects in the scene that would either take too much time to model or I simply couldn’t make myself because of their complexity, I used Agisoft Photoscan. 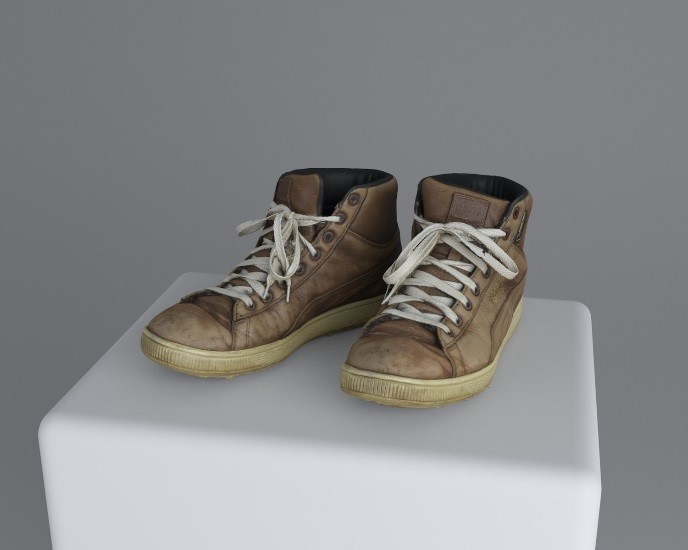 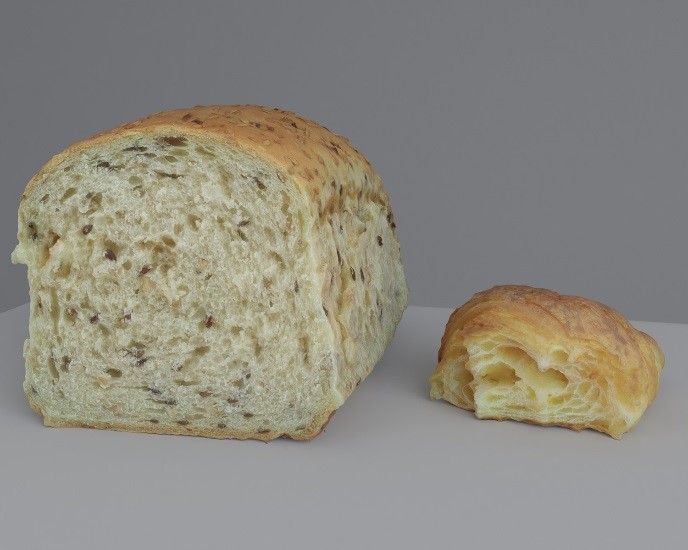 I used standard V-Ray materials in conjunction with Substance Painter to create black and white masks later used as a blend mask for V-Ray Blend Material. I treated every model as a “separate small project”, so I ended up using Multi/Sub-Object material with material IDs to keep everything perfectly organized.

About 95% of the scene objects have some amount of scratches, fingerprints or other traces of use on them, so nothing is brand-new and spotless. It may look like that’s a lot, but when used in small amounts it can give pretty good results.

Almost all of the scene objects show some kind of usage.

At the early stage of the project I wanted to use some nice, cloudy HDRI, but as I couldn’t really get the result I wanted, I changed it up V-Ray Sun & Sky, with light portals in windows. A few months later, I discovered that I had accidentally forgotten to turn on the sun, with the V-Ray Sky being the only active light source. Since I was quite happy with the lighting in its current state. I decided to keep it that way. Sometimes mistakes can be a good thing!

For rendering, I used V-Ray (version 3.55.01) with Brute Force and Light Cache. I did not use any special settings or tricks, mostly opting for standard settings. Because of the awesome (unchecked) “use local subdivs” option, I didn’t have to think about material/light subdivisions. V-Ray just calculated everything for me, the only thing I had to worry about was the color threshold. If not for that, I probably would’ve spent a lot of time on that...

To avoid overly bright areas, I played around with Burn value in color mapping.

Another thing worth mentioning is the depth of field, since it’s rendered out directly from the V-Ray camera. I was planning to play with DOF later in post-production, but someone changed my mind (thank you, Anders!). At first, I was a bit skeptical about this, mainly because I wouldn’t be able to change anything later. I still gave it a shot though and from now on, I will always do it like that! Not only does it render a little bit faster, but the overall quality is way better too. I don’t think you could ever achieve similar results with Z-depth pass.

Now for the most interesting part of this project, the story. ‘Her’ is much more than a project about an apartment furnished in the Scandinavian style, there’s a - dare I say it - poetic quality to it. I tried telling the story in a way that everyone can interpret it in a different way, their own way.

Most of the objects in the apartment are not random assets, but hold personal meaning for my girlfriend and me. For example, the Polaroid photos obviously represent our memories spent together. The ticking clock in the beginning and the end signifies time passing being together. In the very last shot of the movie, four lights turn on – one for each year we’ve been together.

There’s a message for Ania hidden somewhere in the animation.

If you look closely, there’s a message for Ania hidden somewhere in the animation, though I won’t point out where. Even the title itself has two different meanings: ‘Her’ not only refers to my girlfriend, but in Danish it means “here” as in “here with you”.

There’s not much to say about post production. I tried to get as much as possible out of V-Ray, to avoid doing a lot in After Effects later. Somehow, I managed to do it and I am very happy about how the raw renders turned out.

The only things I really did in post-production were adding vignette and small glow as well as minor color corrections. I made the following short video showing the breakdown of a few selected shots in the animation:

As mentioned before, ‘Her’ was my most ambitious project yet. Not only did I learn a lot, I also had a lot of fun doing it, so in the end I don’t regret a single moment I spent working on it.

If you haven’t already, be sure to check out our Artist of the Month feature about Mateusz Adamski. And don’t forget to vote for ‘Her’ in the The People’s Choice Award contest by leaving a like on the image here!

Keep up to date with Mateusz work: