We proudly present you our July 2017 3D Artist of the Month, Mateusz Adamski! His submission ‘Her’ pushes the boundaries of CG imagery, with the lines between reality and animation becoming increasingly blurry. A creative link between architectural visualization and storytelling, ‘Her’ is a visual love letter to the artist’s girlfriend, beautifully painted on the canvas of contemporary interior design.

While one can most certainly appreciate Mateusz’s submission to our Artist of the Month contest by itself, to fully grasp the artistic quality of the piece we have to take a look at the bigger picture. The meticulously crafted bedroom is part of the two and a half minute long animated short ‘Her’. At first glance, a conventional albeit technically impressive virtual tour through an apartment furnished in the Scandinavian style. At a more poetic level, however, ‘Her’ is an intimate collection of a couple’s shared memories, expressed solely through means of spatial expression.

Born in Poland in 1991, for the past nine years Mateusz Adamski has been living in Randers, Denmark, where he attends 3D College to become a multimedia animator. “I always knew that I wanted to do something related to computers, but for a long time I wasn’t sure exactly what”, Mateusz tells us. “At first I wanted to make games, but I found myself doing stuff that wasn’t really game related. Eventually, I ended up switching classes and focused more on VFX, which is where I’m now.”
In addition to his studies, he’s currently interning at 3D multimedia agency Cadesign Form, gaining a wide range of practical experience by working on varied projects, spanning from architectural and product visualization to VR. Mateusz is enjoying his internship so much that, come November, he hopes to land a job at the company after graduating.

It might be hard to believe looking at his portfolio, but Mateusz is not an architect. Although life took him in a different direction, he won’t let that stop him from following his passion: “I’m still doing architectural visualizations and that’s my thing! I love to do it and this is what I want to continue to do in the future.” 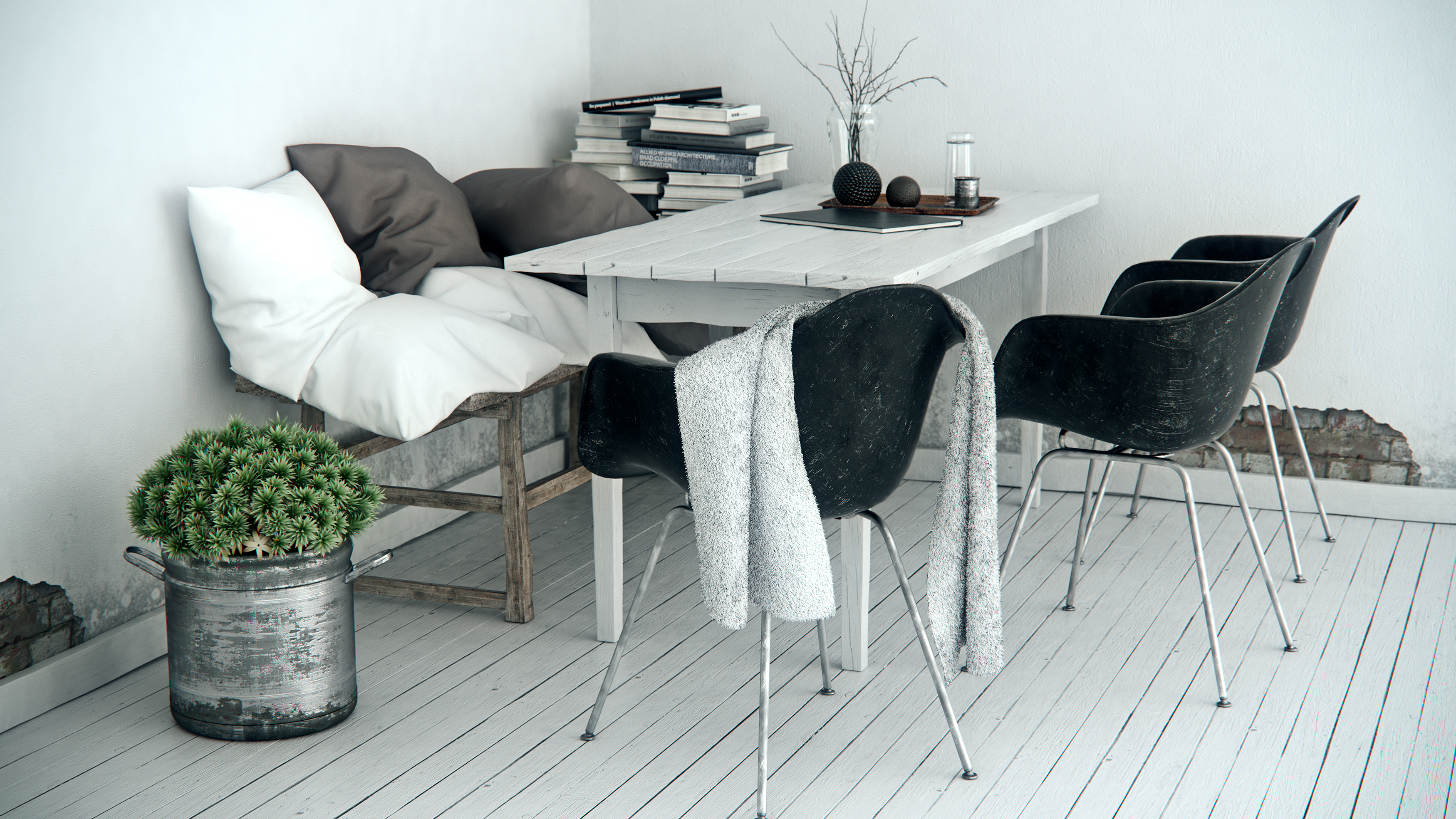 Danish summer house, a project Mateusz made for training purposes

Mateusz is a self-described workaholic who “can’t spend a day without doing 3D”. It comes as no surprise then, that once he had completed his previous animation ‘Home’, he immediately started thinking about a new project – ‘Her’. “As a huge fan of Scandinavian interior design, the theme was clear to me early on, visually speaking”, Mateusz says. “But, I wanted to create something completely different from anything I’d done in the past!”

That’s when he decided to add an additional layer – or as Mateusz puts it: “to give it some higher meaning”. By dedicating the project to his longtime girlfriend Ania, what started out as another exercise in architectural visualization, suddenly turned into a very personal matter. Instead of using random assets, Mateusz started decorating the apartment with items of special importance to Ania and him. A drastic shift from the conventional purpose of CG interior design, ‘Her’ is not about spotless and ultimately marketable furniture. Instead, Mateusz aimed to recreate an authentic and therefore relatable living arrangement. All the objects were modeled and designed from the ground up by Mateusz himself, no premade models were used.

Due to its somber tone, highly artistic shots and subtle sound design, ‘Her’ succeeds in making the couple’s physical presence (and their relation to each other) completely palpable without ever showing them directly on screen. 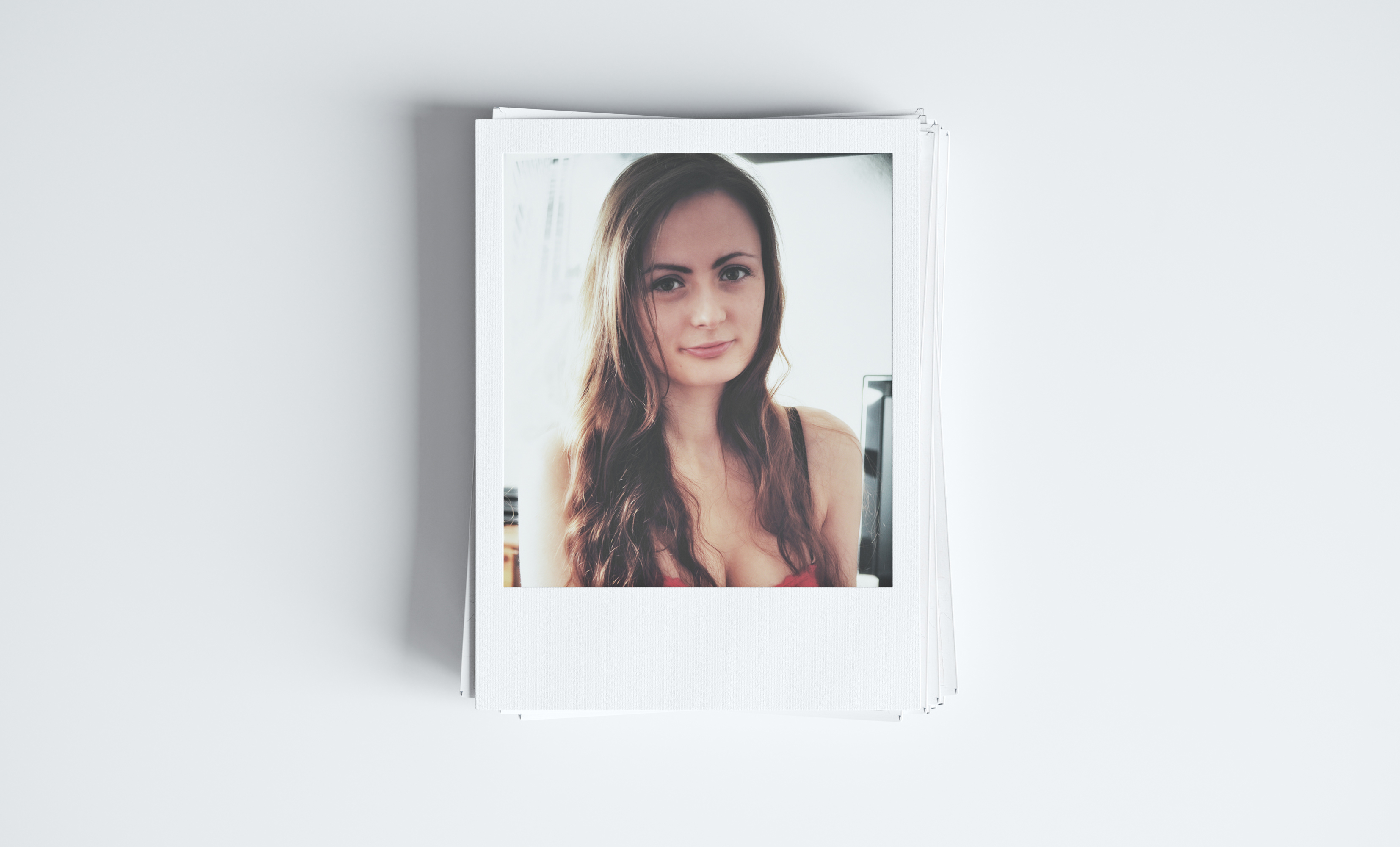 "I dedicated this project to Ania for always supporting me and simply being the best girlfriend in the world!"

From start to finish, ‘Her’ took Mateusz an entire year, with the idea and story changing constantly throughout. To get the results he was looking for, he used a variety of 3D software: “I mostly worked with Autodesk 3ds Max, but also used Marvelous Designer 5 to create things like pillows, blankets and clothes. I used Zbrush 4R6 to add details to the objects as well as for unwrapping and retopology. For the more complex models such as the food and shoes, I used Agisoft Photoscan, which is super fun!
The textures were done in Adobe Photoshop CC together with Substance Painter 2 and Quixel Suite. Smoke simulation was made with Phoenix FD 3.0, for post-production I used Adobe After Effects. I put the whole thing together in Adobe Premiere Pro CC and rendered all the sequences in VRay 3.55.01.”

For a more detailed run-down of the creation process of ‘Her’, be sure to check out Mateusz’s making-of here!

As of yet, Mateusz has not had a chance to use the RebusFarm render service, but he is excited to try it in the future. For a change, he’s taking a break from bigger projects at the moment: “After being done with my latest animation, I just want to relax for a while and spend time with HER”, he says with a smile.

Mateusz is not entirely done with the project yet, however. In addition to the animation, he has been working on a corresponding art book, setting up and collecting further angles of the apartment. With the layout recently completed, he’s currently waiting for the right moment to print it.

Mateusz Adamski has been nominated for The People’s Choice Award hosted by The Rookies. Show your support and vote for ‘Her’ by leaving a like on the image here!

Keep up to date with Mateusz’s work: