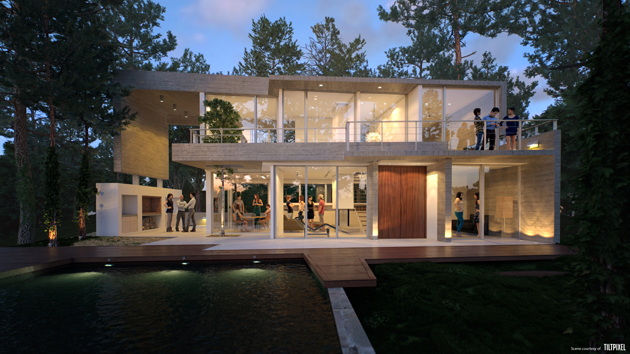 AXYZ design, announced the integration of their libraries within Chaos Group's V-Ray for SketchUp and Rhino. This release gives SketchUp and Rhino Users access to the Metropoly 3D Ready Posed Human Characters Catalogue and offers users the benefits of adding 3D characters to their renders.

Forget post-production - Thanks to instant integration in the scene, retouching is not required, as interaction with the scene’s lighting is automatic.

Render from any angle - New views can be rendered without the need to add people and match perspective in post-production.

AXYZ design CEO, Diego Gadler says, ”Partnering with Chaos Group gives us the chance to move forward on our commitment to provide artists with the best 3D characters in the industry. We are excited about what this collaboration brings for the future, with a new and expanded user base.”

Chaos Group Product Manager, Corey Rubadue says, “Partnerships like this are invaluable for the V-Ray community. SketchUp and Rhino artists now have easy access to quality digital people and can focus more time on design and communicating their ideas.”