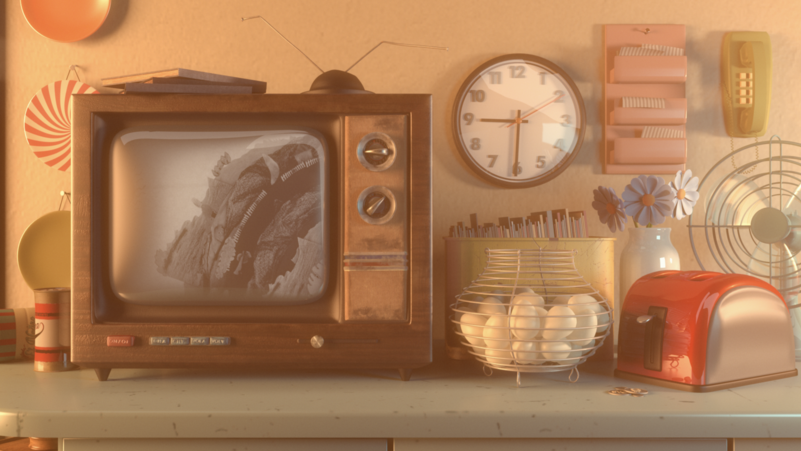 An Interview with Alfonso de la Cruz, 3D artist and creator of "9:30am"

Alfonso de la Cruz and his fellow workers at Jellyfish Collective S.A. de C.V. are all natives of Juarez on the Mexican side of the border with Texas, a town known, sadly, more for its history of violence than the good families and people who are the great majority of its citizens.

“Our main goal was to put the name of our city Juarez in a better shape around the world, but starting with the rest of Mexico. So doing the kind of work that is mostly made in Mexico City, a city with a very bad reputation like Juarez, was a first step to start making people see our city as a place that wants to develop, and that not everything is about violence here."

“We were born here and we’re proud of our families, friends and the life this border zone has given to us.” 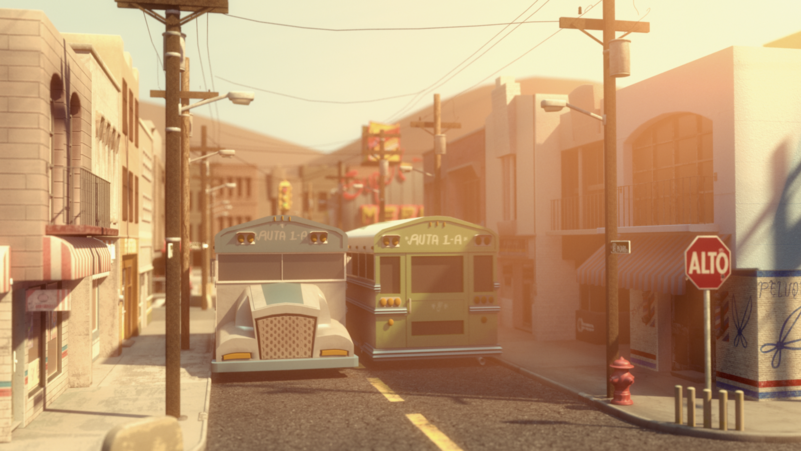 The film is the elegantly told story of a small boy having his breakfast, brought to him by the unseen (except for her hand) woman he lives with, at 9:30am, and the dreams and ideas that come to him in the process. 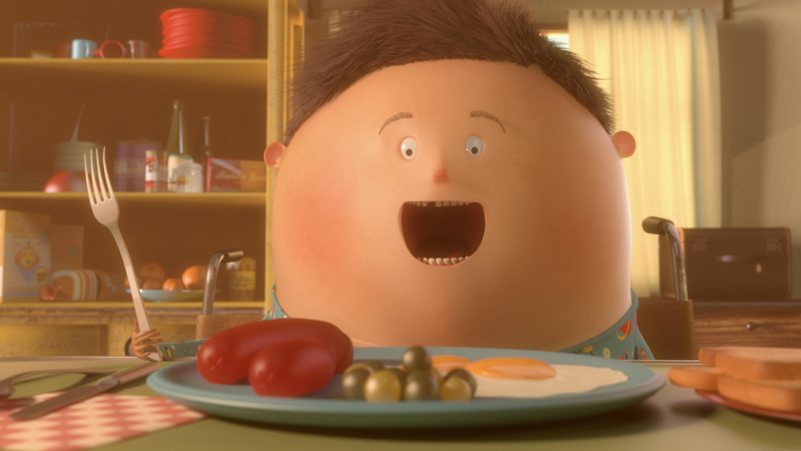 “I was raised by my great grandmother and almost everything that happens in the short film happened to me in real life. Being raised in that way helped me to understand life in a special way. I wrote the story at night over about two weeks and almost at the same time I made a rough storyboard. 9:30 in the morning is the time when I used to have breakfast with my great grandmother.” 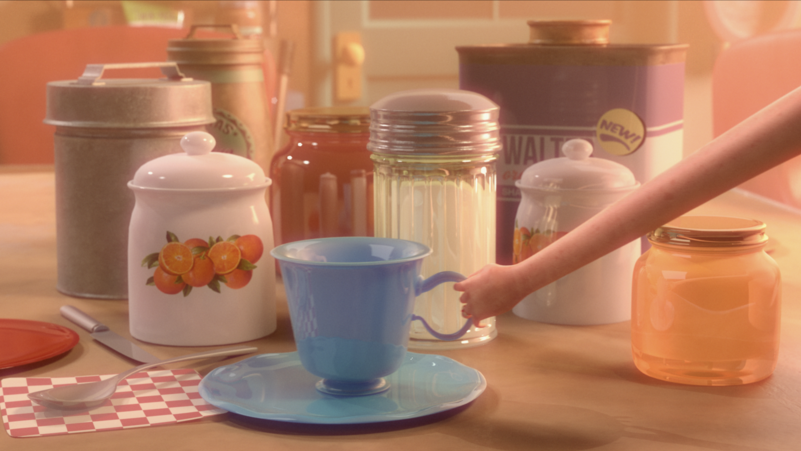 The look of the film is particularly attractive, carried through to every detail, and giving the whole film a certain magical quality.

“The main idea was to use warm colours like in the morning, when the birds are outside chanting and the sun light passes through the windows and tints everything in an orange colour.” 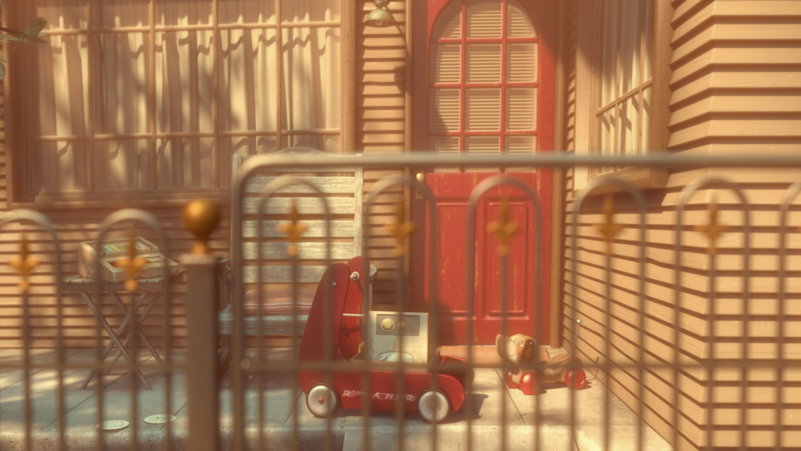 The style, which to my eye has a definite feel of Latin America, bold colours and smooth surfaces, was in fact, according to Alfonso, the result of technical demands, or rather, the technical limitations of the ambitious members of the company. “None of us were animation professionals, so we designed everything to be easy to develop.”

“9.30am” took around ten months to complete. There were seven people in the company, of whom only three had any experience with 3D software. Alfonso told me that there was no other company producing 3D work in Juarez, that that sort of work is only done in Mexico City, so the three who understood the process had to find a way to communicate their knowledge to the rest of the crew. The film was their training programme, and the basis on which they designed their pipeline and workflows. 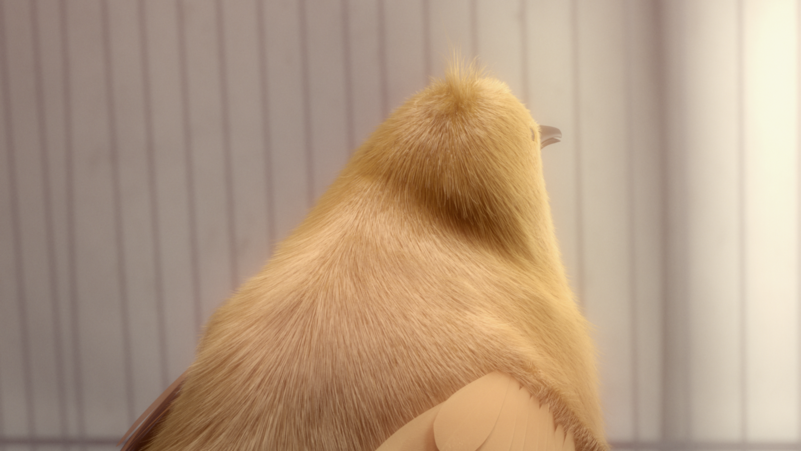 For this reason it was useful for the company, which was formed for the purpose of making “9.30am”, to start out with a project of their own, without a specific deadline, or at least, not a deadline with penalties if they missed it (in the end they missed their delivery date by a month, largely because only two of the team could do the lighting, and there was no time to train the others in that skill).

Everything was created in Autodesk Softimage, rendered with Arnold, and composited in Nuke. 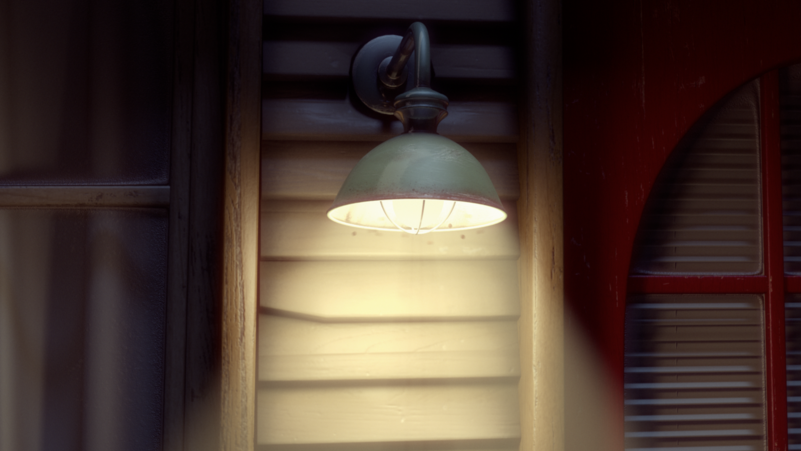 As so often, adversity was their friend. Whatever the reasons for their design and execution decisions, they have made a film full of originality and charm.

They came to RebusFarm for their rendering. This was what led me to ask to talk to Alfonso about the project. I asked about the render process. His answer was as gratifying as it was expected.

“Our render process was extremely easy and practical with RebusFarm. The RebusFarm system is literally like magic. Render times were different on every shot, but usually once I submitted a shot, It took from around 10 minutes to an hour to be ready on RebusFarm. Render times in the studio machines were around 2 to 3 hours per frame.” 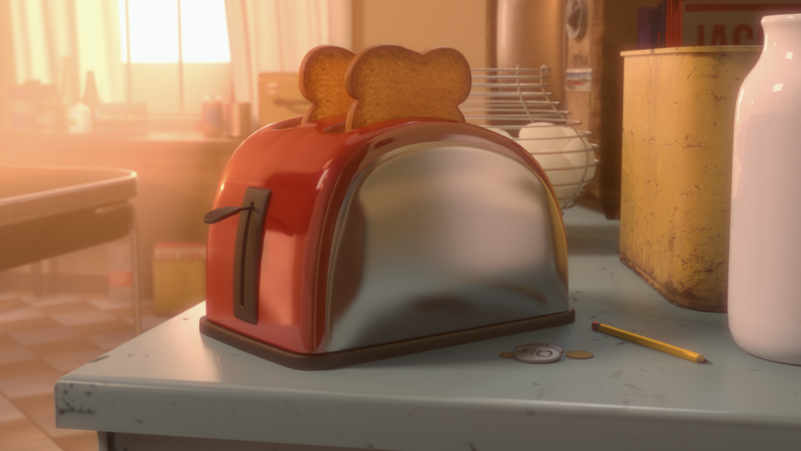 “We made some calculations about how long it would take to render everything with the 7 computers at the studio and it was like, 22 years!”

Once again, RebusFarm proves itself an invaluable asset to any studio and particularly to small studios with big ideas, such as Alfonso de la Cruz and his team at Jellyfish Animation.

Having already won Best Animated Short Film at FICM last year, “9.30am” is currently being shown in competition at several festivals, so it won’t be released online for a while yet. It was recently shown at GIFF, the Guanajuato Film Festival. The next showing will be at Ottawa Animation Festival, and after that it will be screened at Mar de Plata in Argentina.

Meanwhile here is the trailer, and with it, best of luck to the team at Jellyfish Animation in Juarez.